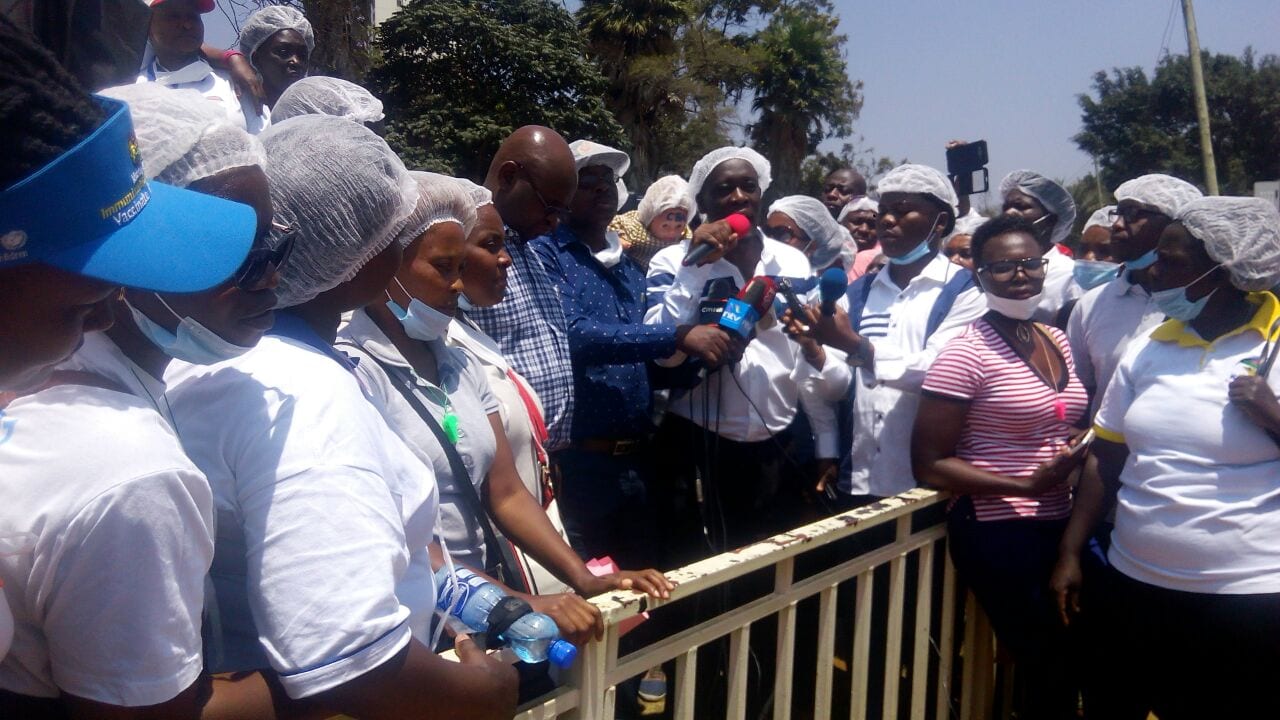 The Kenya National Union of Nurses (KNUN) Secretary General Seth Panyako has demanded the closure of all nursing colleges until the government resolves the nurses strike which has now lasted more than 100 days.

Speaking during demonstrations by nurses in Nairobi, Panyako accused National and County governments of failing to engage union’s officials in a bid to resolve the impasse.

The nurses, who want the contentious Collective Bargaining Agreement signed and fully implemented, vow that the strike will continue until their demands are met.

The Secretary General further lashed out at the Salaries and Remunerations Commission (SRC) for classifying medical staff as semi-skilled and urged the court to nullify the job evaluation report.

“We will not allow the SRC to classify our members as semi-skilled or unskilled, the SRC is supposed to play an advisory role but has now taken upon itself to set the salaries. We want the courts to throw out the commission’s report.” Panyako said.

While calling on President Uhuru Kenyatta to intervene, the nurses Union was keen to note that their Ksh. 15,400 risk allowance demand was key, a request they say has been frustrated by SRC.

“We are fighting to have this profession respected and we are ready to meet President Kenyatta in a bid to solve the conundrum.”  said Panyako.

The health sector has in the recent past suffered a series of strikes with the various union leaders faulting the SRC for taking a hard line stance in the negotiations.