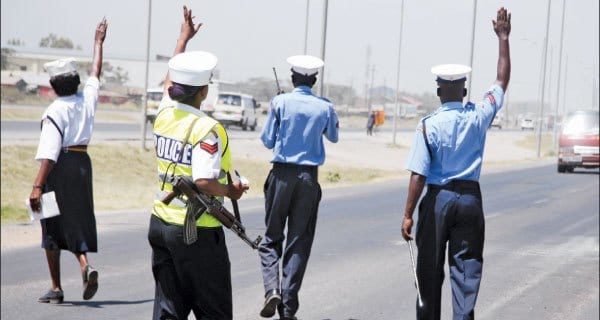 Scores of people arrested on Monday for flouting the re-introduced Michuki rules were on Tuesday morning arraigned in different courts countrywide.

Inspector General of Police Joseph Boinnet revealed that close to 2,000 people were arrested on day one of the crackdown saying the operation will continue until sanity is back on Kenyan roads.

It was reported that not even passengers were spared in the crackdown as those found not wearing seat belts or boarding a vehicle that is already full were arrested.

In Nakuru, more than 20 drivers and conductors were arraigned at the Molo law courts facing various charges, among them lack of proper uniforms and badges while on duty.

In Migori, about 72 boda boda riders and 15 PSV drivers were arrested and charged with noncompliance.

According to Migori County Police Commander Mr. Joseph Nthenge, majority of the operators are yet to comply with traffic rules and therefore operating illegally.

In Samburu and Uasin Gishu Counties, matatu operators decried police harassment saying that some had been charged falsely as they had already complied with the new rules.

Interior Cabinet Secretary Fred Matiang’i maintains that the government will not relent in the latest crackdown to streamline the transport sector in the country.

“These laws have been there. There is nothing we have invented. Everyone must live by the law. This time round we are not playing those games of let’s meet or give us more time.”said Matiang’i.