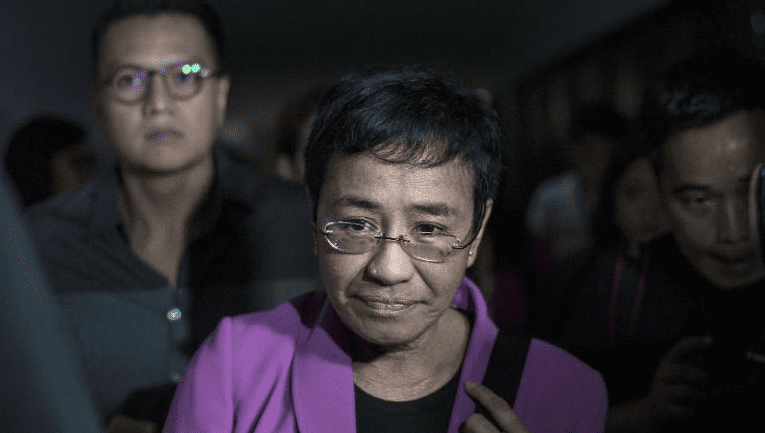 Maria Ressa, the Philippine journalist and outspoken critic of President Rodrigo Duterte, has had her court appearance postponed, after she filed a motion to quash her controversial libel case.

A Manila judge ordered a stay to give the prosecution enough time to respond to her move to dismiss the case, in which Rappler, the media outlet she co-founded, is also named as a defendant.

The suit is just the latest in a string of charges leveled against Ressa and the upstart digital news outlet. This case relates to a story written in 2012 which linked prominent businessman Wilfredo Keng to one of the country’s top judges during his impeachment trial.

Award-winning journalist Ressa was arrested by agents of the Philippines National Bureau of Investigation (NBI) last month, and had to spend a night in custody after a bail hearing could not be arranged.

Ressa, a former CNN bureau chief, told reporters shortly after receiving the warrant that the fact it had been issued was “interesting,” adding that she was “shocked that the rule of law has been broken to the point that I can’t see it.”

She argued the charges are politically motivated.

The legal case against Ressa comes at a time when press freedoms are being challenged both in the Philippines and around the world.

In 2018, Ressa was named among a group of journalists as Time magazine’s Person of the Year.

Others in the group included Jamal Khashoggi, the Washington Post contributor who was killed at the Saudi Arabian consulate in Istanbul in October, and Wa Lone and Kyaw Soe Oo, two Reuters journalists who were arrested a year ago in Myanmar while investigating the mass killings of Rohingya Muslims.

Speaking to journalists outside the court Friday, Ressa characterized the latest round of charges as “legal acrobatics,” saying that she and Rappler had faced at least ten cases and had had to post bail six times. She accused the Philippines Department of Justice of wasting “tax pesos.”

She and her legal team argue that the law under which the charges are filed, the so-called “cyber-libel” laws, were not on the statute books when the story was filed in 2012, by journalist Reynaldo Santos Jr. It came into law in 2014.

Prosecutors allege the story fell afoul of the new law when it was updated, but Ressa and her counsel dismiss the update as a simple punctuation tweak.

“What happened in 2014 was merely a punctuation change, so there was nothing,” said JJ Disini, one of her lawyers, when Ressa was arrested last month. “If the libel had been committed way back in 2012, a change in punctuation couldn’t have republished that libel.”

Ressa told CNN Friday that she considered the charges “ludicrous.’

“The charge is for a piece we published seven years ago, in 2012, before the cyber-crime law we allegedly violated was even enacted,” she said.

Ressa added that her lawyers have discovered that during the time that the piece was updated, the controversial law had been “subject to a temporary restraining order. It was being debated at the supreme court because the law was overly broad.”

It could take up to 30 days for the motion to quash to be resolved in court and, until this time, Ressa will not be arraigned.

Ressa warned that she, Rappler, and journalists and citizens who reported on the case had been targeted by online troll armies, saying that most recently the Washington Post “was the subject of attacks” when reporting the story.

“We’re also at the same time, realizing that the online battle has escalated in terms of the attacks on us, me in particular, and on anyone who writes about the cases that we have, or even express support online,” she said following the court appearance.

Ressa told CNN that she was “hopeful” that the motion to dismiss would be granted, but said that “in the end it comes down to patterns and trends.”

She says that the legal troubles she and Rappler have endured over the last year is “unheard of. I’ve been a journalist for more that 33 years… and you know, I’ve never dealt with this much harassment, intimidation tactics, essentially getting the full force of government coming at both me and our organization” because of the stories that her and her team pursue.

“We’ve been put on notice. The government doesn’t like us, they don’t like the reporting we’ve been doing, it wants us to toe the line,” she said.

She said that “exponential, repeated attacks” on social media have spilled over into real life, alleging that someone live-streamed from the Rappler offices, during which “pro-Duterte supporters began calling for their supporters to come and attack Rappler, to burn Rappler, to bomb Rappler, to behead me.”

She says that even vitriolic threats have become “almost run-of-the-mill,” saying threats to kill her have become “normal now.”

She says that the threats won’t stop her from doing her job, that she will continue “telling our story because that is the only defense we truly have right now.

“I think we’re the tip of the arrow right now, of a fight not just for press freedom but for the quality of our democracy.

“Part of the reason news groups are having these issues of trust comes from these repeated attacks against us, and it is sustained — it isn’t one off, it’s been sustained over years, so we need to be able to fight back. We need to reclaim the truth, we need to reclaim a safe space where democracy can work.”

Who is Maria Ressa?

Ressa has been indicted multiple times on libel and tax evasion charges that critics have described as politically motivated and designed to silence independent media in the southeast Asian country.

She has been a journalist in Asia for over three decades, previously working for CNN before starting Rappler, an online news site that has since become an indispensable source of information for readers in the Philippines and internationally.

Prior to this, she managed ABS-CBN News and Current Affairs, the largest multi-platform news operation in the Philippines, according to her Rappler author profile. Over the years she has been honored multiple times — one of her more recent accolades was the Knight International Journalism Award from the International Committee for Journalists in 2018.