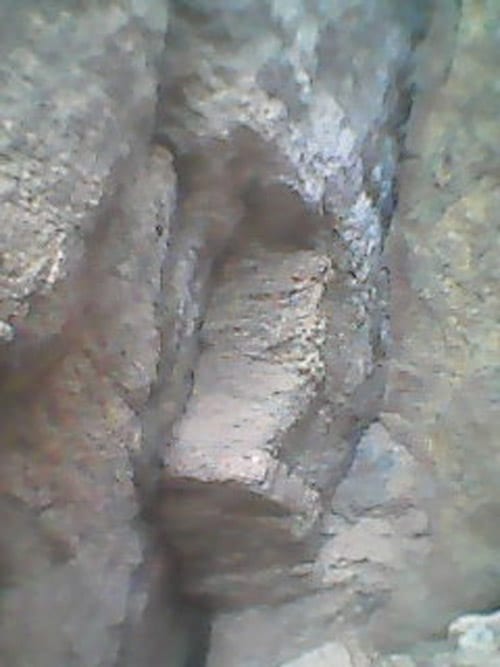 Manooni Dam in Makueni County is a beehive of activities after an image of Virgin Mary was apparently spotted on a rock.

The image is said to be that of the Virgin Mary and a baby, presumed to be Jesus, a dove by the Mary’s shoulder and a lamb.

The news seems to have captured the attention of most religious faithful, with reports indicating that thousands of people from several counties are visiting the site.

The discovery coincides with the celebration of the Holy Rosary which is done every October.

The revelations also come barely a month to the much-anticipated visit of Catholic Pope Francis who is expected in the country from November 25, 2015.

Meanwhile, preparations for the Pope’s arrival are in top gear with Catholic Church secretariat involved in planning the papal visit announcing that he will be using the altar that was used during Sister Irene Stefani Nyatha’s beatification ceremony.

The announcement was made at the grand unveiling of a special delegation from the Kenya Conference of Catholic of Bishops at the Consolata Mission church in Nyeri.