Plane of skydivers crashed in fiery heaps shortly after take off 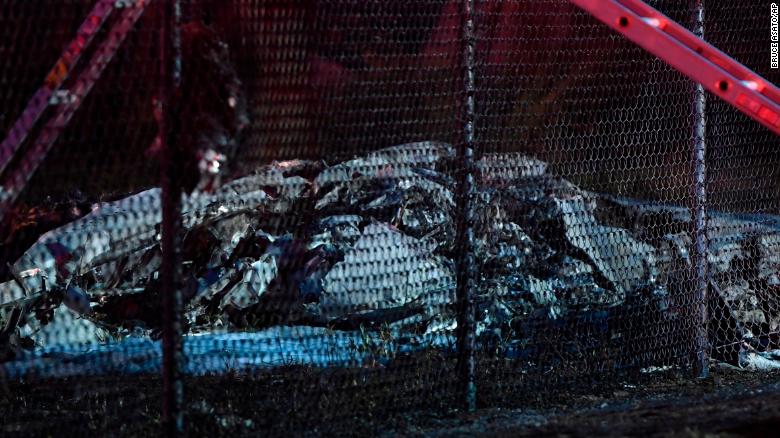 A skydiving plane that went down in Hawaii, killing all 11 people aboard, crashed in a fiery heap shortly after it took off, authorities said.

Some family members of those aboard were at the airfield when it happened, Honolulu Fire Department Chief Manuel P. Neves said.

“Authorities have confirmed there were 11 people on board the plane that went down soon after takeoff from Dillingham Airfield with no survivors,” the Hawaii Department of Transportation said. “Federal inspectors continue to investigate the cause of the crash.”

One victim is identified

While authorities have not released the names of the people killed, some relatives confirmed their loved ones were among the casualties.

Army veteran and professional parachute demonstrator Larry Lemaster was among the people killed.

His wife, Anna Elkins, said her family was heartbroken and their son has lost a father. But she urged people to use that as a lesson to love and celebrate life because tomorrow is not guaranteed.

“I don’t have an explanation for the utter tragedy that has happened,” Elkins wrote in a Facebook post Saturday.

“But Larry Lemaster would never want one person to waste a single minute of their life mourning his. He was doing what he loved. We spoke about this on many occasions.”

They prayed when the plane went down

Bonnie Nakamura said she was nearby when she heard a loud boom.

“We then found out that it was a plane crash, we were devastated,” Nakamura told CNN affiliate KGMB.

“So we all instantly went into prayer and prayed on the people and their families.”

The cause of the wreck wasn’t immediately known. The plane was carrying passengers headed for a skydiving excursion before it crashed at a fence away from the runway, Neves said.

By the time firefighters arrived, Neves said, the plane was engulfed in flames.

The National Transportation Safety Board has sent a team to Hawaii to investigate the crash.

The airfield is about 35 miles northwest of Honolulu, and is a general aviation airport operated by the state Department of Transportation under a 25-year lease from the US Army.

The state leases 272 acres of the 650-acre Dillingham Military Reservation and operates the single 5,000-foot runway primarily for commercial glider and skydiving operations.