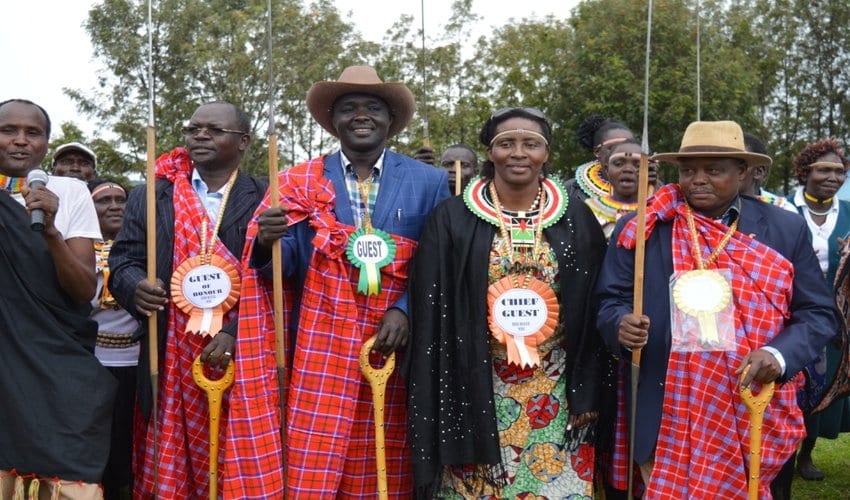 Elders from the Pokot community held celebratory rituals to chase away the bad omens that have led to stalling of development, education and peace at Kanyerus area along the Kenya-Uganda border.

The elders argued that the bad omen had been ‘buried’ in the area by evil-minded people so as to stall development.

They excavated the bad omen and buried what they termed as ‘bad weapons’ as a sign of abandoning the retrogressive cattle rustling practices and instead focus on development.

In 1923, the colonial government mistreated residents and evicted them from their land, something the elders say made them angry and as a result buried pens and books saying they belong to the white man.

The elders used the event, known as Lobore, to celebrate Christmas saying they were now blessing the pen and the book; a function that saw them slaughter several bulls and goats to appease the gods.

West Pokot Governor Simon Kachapin said that for two decades, the Pokot community has been conflicting with its neighbours but peace has been realized gradually.

Kachapin reiterated that the Pokot community will now embrace education and shun old ways of making a living.

Kacheliba Member of Parliament Mark Lomunokol said the ceremony was used to cleanse the bad omens that hindered development, peace and education in the area.

He called on the Kenya and Uganda governments to support the program.

Kapenguria Member of Parliament Samuel Moroto said that the community is committed to long lasting peace in the region.

Lolim Atem, an elder from the Pokot community said there will be no more killings in the region and urged the youth to embark on development to make Pokot a productive county.

Joseph Akoule, the chairman of a Sikom Organization said the elders will continue with the ceremonies in other places to ensure that peace prevails in other parts of the country.