Police in Huruma forced me to strip, woman claims 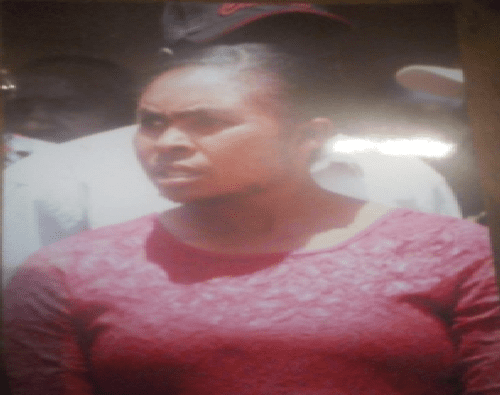 A middle-aged woman from Kayole has accused police officers from Huruma Police Station of allegedly forcing her to strip to determine her gender.

In an exclusive interview with Citizen Digital, Mumbi Maina narrated how officers from Jonsaga (Huruma Police Station) arrested her alongside other touts on May 15 while they were on duty.

Mumbi, who is a mother of one, said they were picking up passengers at the Kariobangi roundabout when they were arrested.

Before they were bundled into the cells, the woman claims the officers asked for a Ksh.400 bribe and when it was not forthcoming, they were locked up.

Police officers would then come into her cell, look at her curiously, and then leave, the 33-year-old said.

According to her, the beard hairs on her chin may have been the reason behind their sudden interest in her features. Shortly after this, she said the officers decided to parade her infront of them.

Moments later, two officers called her out and ordered her to strip saying they needed to ascertain her gender.

Despite her tearfully pleading with them not to make her strip, Mumbi claims the police officers remained adamant that she should remove her clothes.

The officers then allegedly proceeded to touch her private parts.

Mumbi told Citizen Digital that when she told the OCS what had transpired, she was shocked when he jumped to their defence.

He apparently told her that they had not done anything wrong in trying to ascertain her gender.

On Thursday, Mumbi intimated that she has been unable to return to work for fear of being arrested and a similar incident reccurring.

She insists the officers stripped her off her dignity. Lawyer Danstan Omar has termed the officers actions as unconstitutional and an infringement on her privacy.

“If the police have doubts on one’s gender they should take them to a doctor for confirmation,” he told Citizen Digital on Thursday.

Efforts to reach the area OCPD Alice Kimeli on phone for his response were futile.