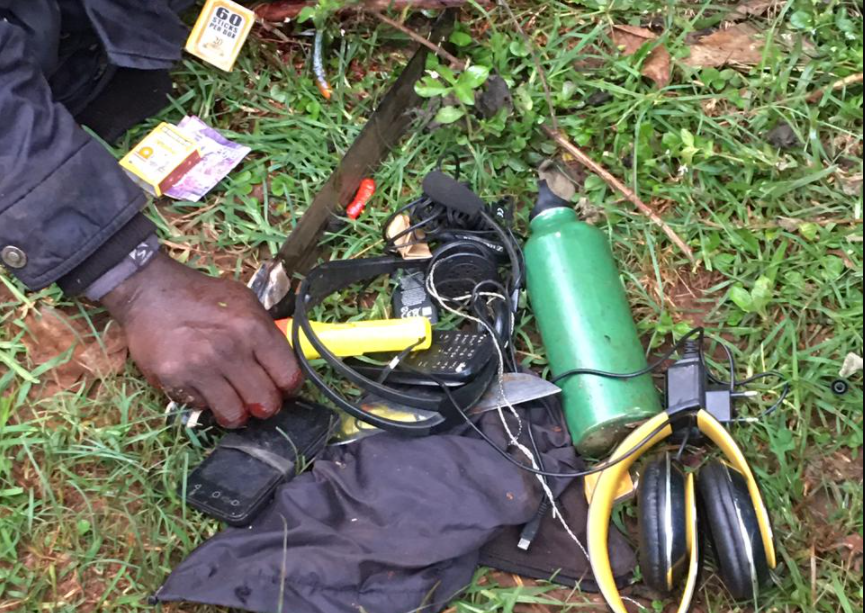 Police in Kiambu County on Thursday shot and killed two suspected thugs and recovered weapons among them a panga at Thogoto area in Kikuyu.

According to the officers, the two were among a gang of three; the third suspect managed to escape.

They’re said to have been waylaying area residents who turn out to exercise during the morning hours and robbing them of their valuables.

A manhunt has since been launched for the remaining suspect.