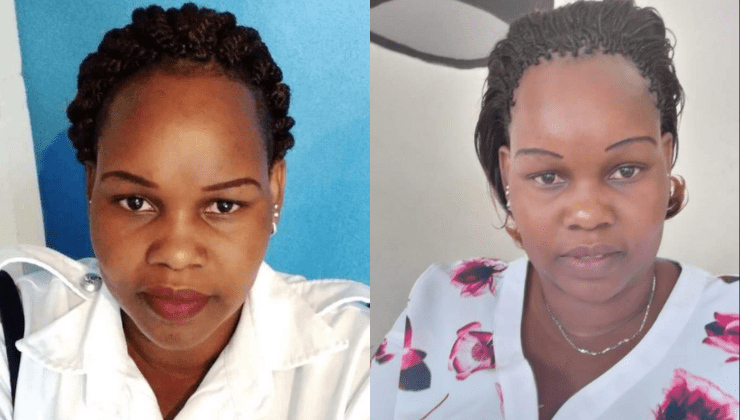 A multi agency team comprising the police, the military and all the elite units of the DCI have been on pursuit, with several traps laid to hunt down the police woman suspected of killing two men in Nakuru and Juja Kiambu county.

The unresolved puzzle is how Caroline Kangogo who boasts of 13 years in the police service has managed to escape the police trap despite being trailed by a special squad.
As of Thursday evening, she was reportedly in Eldoret where a multi-agency team has been deployed to trace her after her phone signal was traced there.

On Wednesday, Caroline is believed to have been seen in Kahawa Wendani Nairobi county at around 2;15am.

Her phone signal was later picked in Kericho town, it is suspected that she used someone else’s phone to call her friend while on a PSV vehicle.

She is believed to have travelled to kisii targeting her next victim said to a doctor, by around noon her phone signal was traced to Iten, Elgeyo Marakwet county which happens to be her hometown.

On Thursday, her phone signal was traced to Kenlands area Nakuru county- the estate is habited by middle income earner- for the residents it was business as usual, they are seemingly oblivious of what was happening.

Later at around 3pm, the signal went on in Eldoret…

It is believed Caroline was in Kenlands in an attempt to get near the scene of crime where constable John Ongweno was found dead.

Police believe Caroline Kangogo is using a PSV vehicle to move from one area to another, in three days she has travelled to 6 counties…

Police also suspect she could be concealing her identity and covering her face, hence the public cannot identify her.

At the Kasarani police station where she worked, security has been heightened.

In her hide-and-seek game, police say Caroline switches off her phone so that police cannot track her moves, in some cases, Caroline will communicate using borrowed cell phones.

After the Juja murder, Caroline emptied her account at a local bank after withdrawing Ksh.20,000, she also withdrew Ksh. 40,000 shillings from her police sacco account …

The police warn that Caroline is armed, dangerous and lethal and wants the public to be on the lookout even as they intensify efforts to finally apprehend her.