Police kill one suspected thug, 5 others flee with gunshot injuries in Githurai 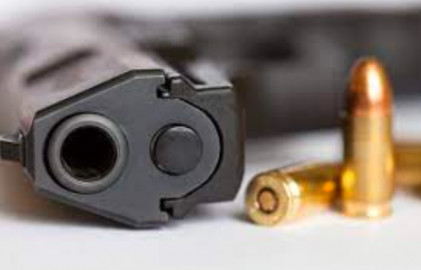 Police in Kiambu gunned down one suspected gang member as five others sustained serious injuries after they accosted a 22-year old man at Githurai 44.

John Ndegwa, believed to be a student at Kiambu Institute of Science and Technology, was ambushed at Majengo area by a gang of six armed men.

According to the Directorate of Criminal Investigations (DCI), Ndegwa, a newbie in the area, had gone to submit his brother’s resume at the Kenyatta University Teaching and Referral Hospital for job consideration.

He then strolled along the Thika Superhighway before stopping at Githurai 44 to have lunch where he faced off with the said gang believed to be terrorising area residents.

“The thugs first asked the victim to buy them cigarettes and he obliged by giving them Sh100. They then left him to enter a nearby food kiosk and have lunch, before ungratefully attacking him after he left the kiosk,” said the DCI in a statement on Wednesday.

The DCI further said that the six machete-wielding young men roughed him up thoroughly before robbing him of a mobile phone and Ksh.10,000 in cash.

Sleuths on patrol came to the aid of Ndegwa after he raised alarm, an act that prompted the suspects to flee the scene.

“One thug drew a homemade pistol capable of firing and shot at the fast-approaching constables, who immediately dashed down and wasted no time in returning fire, fatally wounding the suspect believed to be the gang’s commander,” DCI stated.

The investigations agency noted that even though the rest of the suspects managed to flee, they sustained serious gun injuries.

Police have since recovered a mobile phone from the suspect who succumbed to his injuries; his body was taken to the City Mortuary pending identification.

DCI has implored medical practitioners to be vigilant and notify authorities if they are approached by anyone bearing bullet wounds.

“We are cautioning medical practitioners to report anyone who walks into any medical facility seeking treatment for gunshot injuries,” DCI stated.