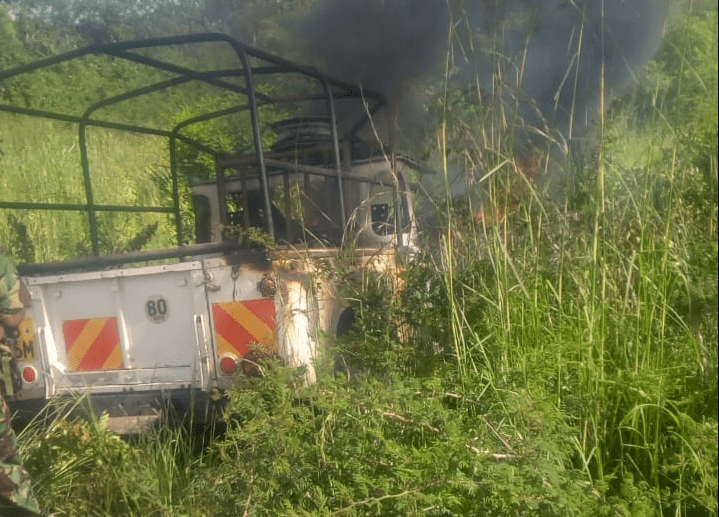 A police officer has been killed and two others injured after a vehicle they were travelling in was ambushed by Al Shabaab militants at Milihoi area in Lamu County on Thursday.

According to a police source, the police land cruiser was returning to the police base in Mpeketoni after transporting prisoners to Hindi area when the officers were accosted by the militants.

A 30-minute shoot-out is reported to have ensued between the police officers and the Al Shabaab militants before the terrorists set the police vehicle on fire.

The militants also torched a private vehicle whose occupants fled and abandoned it amid the gun fight.

A crackdown by various security organs in the area was immediately launched to hunt down the militants.

Transport in the area was also paralysed following the operation.