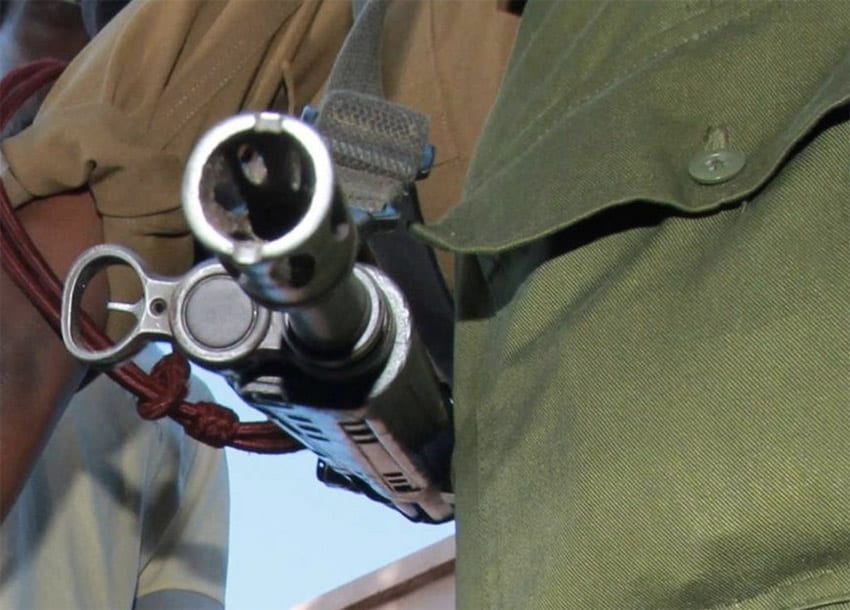 A police officer attached to Kongoni police station in Naivasha was arrested after he shot and killed his girlfriend following an argument.

The junior officer shot the woman, with whom he had cohabited with for close to two years, six times on the stomach using an AK-47 rifle before he was disarmed and arrested.

During the Thursday night incident, the suspect identified as Benjamin Lelemen shot 31-year-old Beatrice Nyokabi on the stomach and thighs.

In the Naivasha incident, the constable had retreated to the house he shared with Nyokabi when a quarrel ensued.

According to an officer who declined to be named, there was a heated argument between the two and the woman could be heard saying she wanted to leave the house.

“It was around 11 p.m. when we heard screams followed by gunshots and we rushed to the house to inquire what was going on,” said the officer.

The officer added that the suspect came out holding the gun before he was disarmed and locked up.

“The woman was already dead by the time we managed to enter the house and she had bullet wounds on her stomach and upper legs,” said the source.

Naivasha sub-county assistant commissioner Joseph Opondo confirmed the incident adding that the suspect had since been transferred to Naivasha police station.

Opondo who is in charge of Kongoni division added that the investigating officers had recovered the weapon used in the incident and 24 bullets.

“The cause of the shooting is not yet clear but initial investigations indicate that the victim was shot six times using an AK-47 rifle,” he said.

He expressed concern over the incident adding that he had spent the day with the officer during a security operation in the nearby area of Kosovo.

“The body has been collected and taken to Naivasha sub-county hospital mortuary and the suspect will definitely be charged with murder when investigations are through,” he said.