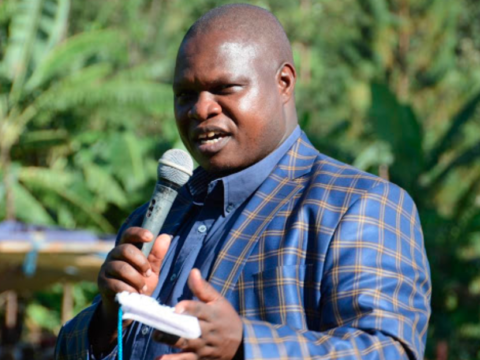 A contingent of police officers on Wednesday afternoon raided the official residence of Kisii Deputy Governor Joash Maangi on suspicion that he was conducting an illegal political meeting.

At least 13 officers in both civilian and uniform stormed the DG’s residence allegedly acting on a tip off about a political gathering taking place there, but however found no one within the premises.

A similar raid happened on Tuesday at DG Maangi’s residence where ten youth were arrested and later released on cash bail after interrogation.

Speaking to Citizen Digital, Maangi said the raid was orchestrated by his political affiliation to Deputy President William Ruto.

“We did not have any illegal meeting…I’m alone here. I don’t want to point fingers, but everybody knows that I’m a friend to the deputy president…and there are those who believe that anybody associated with the deputy president should not be allowed to hold any meeting,” said the DG.

“We went where the meeting was supposed to be, and the conference room was empty. We had time to request our leader to be able to get in touch with us in case of any meeting so that we get rid of these allegations,” he stated.

“My message to all leaders in this county is that we’re there to serve them, and we want all meetings that are being held, let the police be aware.”