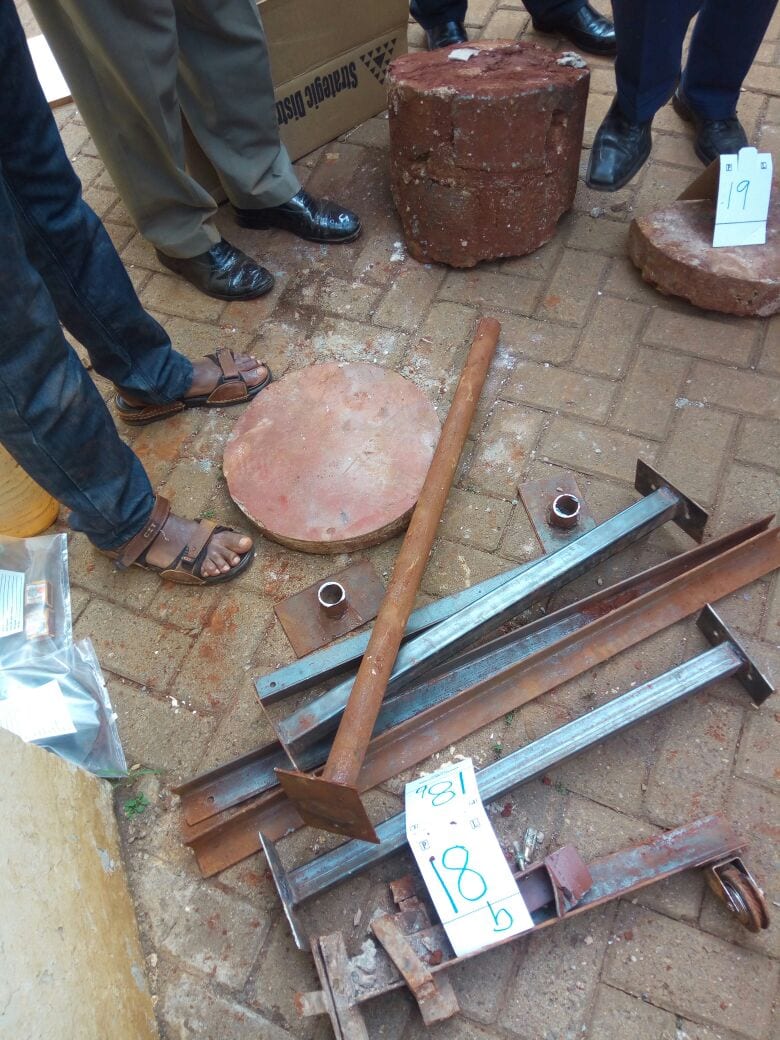 This comes after the robbers pulled off what has been described as the greatest bank heist in Kenya on Sunday by digging a 30-meter tunnel into the bank’s strong room and made away with a lot of money.

The ingenious robbers dug the tunnel from a stall inside a stall adjacent to Thika divisional headquarters.

Citizen Digital has learnt that the police recovered the equipment from the stall and from the tunnel and took it as evidence on Wednesday morning.

The police recovered the excavator used to dig the tunnel which was 10 feet deep and 2 feet wide with metal rails and wood planks to cushion the building from collapsing.

Other items that were recovered include a welding gas cylinder, gas mask, Planks of wood for supporting the tunnel, cartons for ferrying the sand, overalls, spirit level, battery and inverter for lighting the tunnel during the heist. 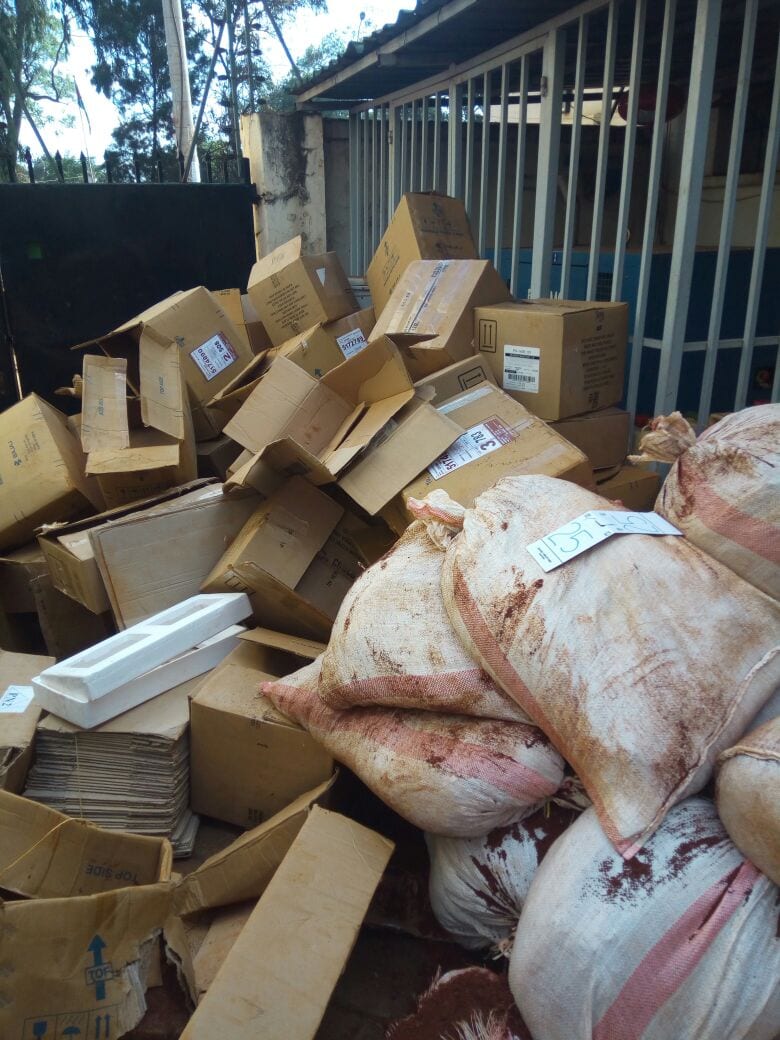 sacks used to store soil dug from the tunnel

The operation that was carried on Tuesday afternoon attracted attention from onlookers who were curious to find out how the robbers pulled off the robbery.

Speaking at the scene of the crime, economic and political adviser to Governor Ferdinand Waititu, David Kariuki Ngari said that The Kiambu County Government plans to install closed-circuit television (CCTV) cameras in the streets and businesses along banks and other financial institutions to reduce crime in the region.

“This investment will facilitate security agencies. Surveillance footage is a crucial piece of evidence and that is why we plan on acquiring the CCTV cameras,” said Mr. Ngari.

Police are yet to arraign any suspect in court despite indicating that investigations are already underway and they had arrested 3 people.