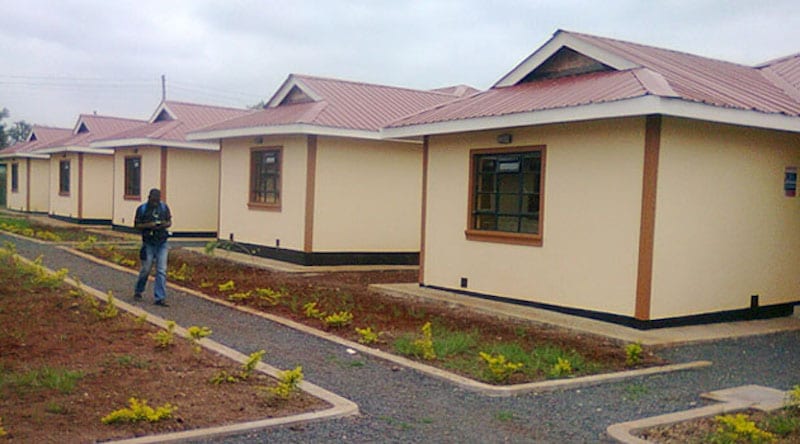 The police force has received a major boost with the 1,000 housing units that have been under construction over the past one year set to be completed in the next three weeks.

The first batch of 250 housing units has been handed over to the force which for years has lived in poor and dilapidated structures.

According to Housing and Urban Development PS Aidah Munano, plans were underway for another 1,000 units to be constructed in the coming financial year.

Munano added that they expected the new houses to be constructed faster than the current ones, as they were now using new technology.

“We have so far completed 250 units and the next 800 units will be ready in three weeks as part of improving the living conditions of our police officers,” she said.

She added that they had engaged development partners for the second phase of the housing for the police, terming the talks as very productive.

“We are working with the national police service in identifying areas that are in dire need of housing in parts of the country,” she said.

The PS noted that the country still faces an acute shortage of housing, adding that the government was keen to address the issue.

Munano said that the country required 200,000 housing units every year but only 50,000 were constructed, leading to an acute shortage of the houses.

“The Jubilee government promised to construct 300,000 housing units between 2013 and 2017 and we are about to achieve that,” she said.

The PS was addressing the press at Morendat Training Institute in Naivasha after opening a four-day workshop on proposed housing delivery strategy.

“The government is committed to addressing the issue of affordable housing and this has been done by enacting the necessary legislations and policies,” she said.

On his part, Housing Secretary Patrick Bucha said various stakeholders had been invited for the meeting with a view of addressing the shortage of houses.

Mr Bucha said that during the workshop they would evaluate the achievements, challenges and the way forward as part of the proposed housing delivery strategy.

“We have a housing scheme for civil servants and this will also be addressed during the meeting which has brought together experts from the housing sector,” he said.