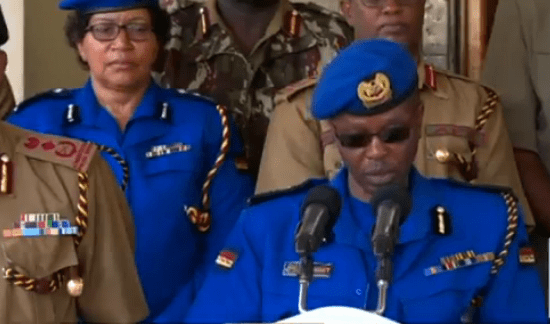 Police have asked Kenyans to be vigilant and report any suspicious activity following the Saturday night blast on Latema Road in Nairobi’s Central Business District and the 14 Riverside Drive attack in which 21 people were killed.

In the wake of the Latema blast left two injured, the National Police Service urged operators of hotels, malls, matatus as well as churches to increase their levels of alertness.

In a statement issued on Sunday, Inspector General of Police asked hotel operators to ensure they obtain be vigilant and step up security measures within their establishments.

“We further advise that all Hotel operators must obtain full details of their lodgers and restaurant operators must also step up their levels of alertness and security in their establishments,” said Boinnet.

The IG further cautioned public transport vehicles operators to monitor the behaviours of their passengers and be wary of persons who may board with luggage and thereafter attempt to alight without the baggage.

Police commanders across the country have also been instructed to apply to a court of law forfeiture of any vehicle found with illegal immigrants and any form of contraband.

On Saturday night, a man believed to be the owner of the explosive that went off on Latema Road injuring two people is said to have handed luggage parked in a carton to a trolley puller.

Moments later he kept a distance in the guise of having forgotten something before the improvised explosive device went off injuring the trolley puller and a book seller.

The attack yet to be claimed by any terrorist group, happened just two weeks after the 14 riverside terror attack that claimed 21 lives injuring more than 28 people.