Pompeo on ICC: U.S. won’t be threatened by a ‘kangaroo court’ 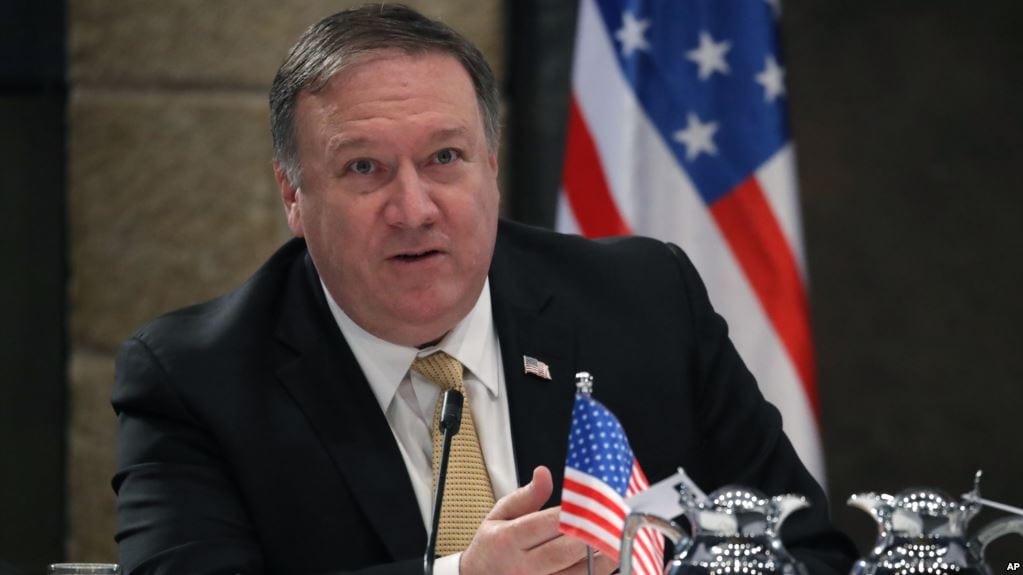 U.S. Secretary of State Department Mike Pompeo has once again lashed out at the International Criminal Court saying it has no business trying to prosecute Americans.

On Saturday, Pompeo reiterated that the U.S. isn’t a party to the Rome Treaty and isn’t subject to ICC jurisdiction.

“We cannot and will not stand by as our people are threatened by a kangaroo court and indeed I have a message to many close allies around the world: your people could be next, especially those from NATO countries who fight terrorism in Afghanistan alongside us,” he told a news conference.

He expressed concerned over what he termed as a threat to Israel saying the ICC is pushing to investigate ‘so-called’ war crimes committed by forces in the West Bank and in the Gaza strip.

The U.S. Secretary noted that Israel has a robust civilian and military system as well as a strong track record of investigating and prosecuting wrongdoing by military personnel.

“It’s clear that the ICC is only putting Israel in its cross hairs for nakedly political purposes. It’s a mockery of justice,” he said.

In 2017, the court’s office of the Prosecutor announced its intention to investigate American soldiers for alleged crimes arising from counter-terrorism missions in Afghanistan.

According to Pompeo, the intention is not for a prosecution of justice but for the persecution of Americans.

He said even if the Prosecution were to proceed it would make a mockery of due process as there is no requirement for unanimity in conviction.

According to him, the ICC prosecution can rely on hearsay to obtain a conviction; there is no guarantee of a speedy trial and instead of facing a jury of one’s peers, it is a panel of judges who are not subject to any American accountability.

“We have responded the way any responsible nation must by condemning the investigation, suspending cooperation with the court and denying visas to those directly responsible for going after our personnel,” he said.

The U.S. Secretary was categorical that his government supported growing criticisms and calls to reform the court from countries such as Germany, Japan and the United Kingdom.

He averred that it looked like the ICC would do ‘the right thing’ and ‘kill’ the investigation when the pre-trial chamber unanimously rejected the prosecutor’s request to open the investigation.

“But unfortunately in March the Appeals Chamber overturned that sound judgement and gave the green light to the current investigation effectively eliminating restraint from the prosecutor’s office ability to launch new investigations of Americans and the future,” he said.