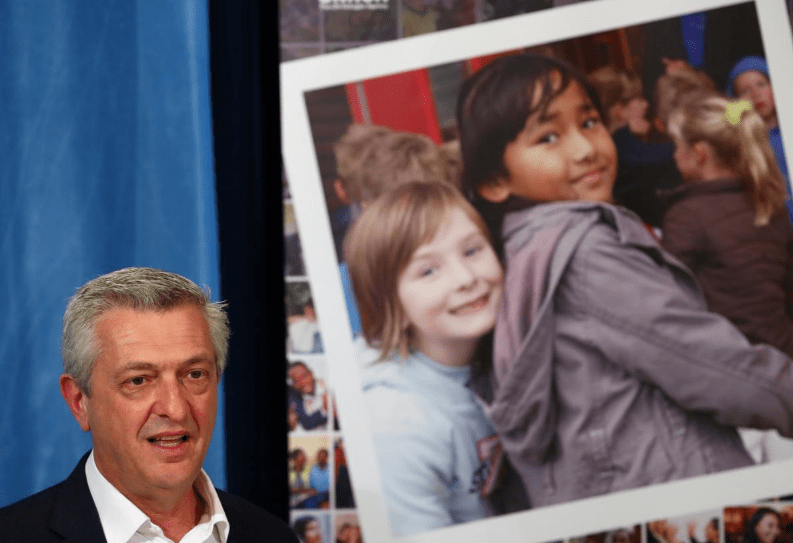 Developing countries, not rich Western nations, are bearing the brunt of the world’s refugee crisis and are hosting most of the record 70.8 million displaced people who have fled war and persecution, the United Nations said on Wednesday.

Half of the world’s forcibly displaced are children and the 2018 total is the highest in nearly 70 years, the U.N. refugee agency said in its annual flagship report, Global Trends.

But the global figure, which comprises 25.9 million refugees, 41.3 million people uprooted within their homelands, and 3.5 million asylum-seekers, is “conservative”, it said.

That is because it does not include most of the 4 million Venezuelans who have fled abroad since 2015 as they do not need visas or to lodge asylum claims to stay in most host countries. If the outflow continues, a total of 5 million Venezuelans could have left by year-end, it said.

“Certainly if the situation is not solved politically in Venezuela, with a political agreement, we will see a continuation of this exodus,” Filippo Grandi, U.N. High Commissioner for Refugees, told a news briefing.

“When you say Europe has a refugee emergency, or the United States, or Australia – no. Most of the refugees are in fact in the country next to where the war is, and unfortunately that means mostly in poor countries or in middle-income countries,” Grandi said.

“That’s where the crisis is, that’s need where we need to focus,” he told a news briefing.

U.S. President Donald Trump has made reducing illegal migration along the border with Mexico one of his signature policy pledges.

The United States should give such people a fair hearing and not separate children from their parents, he said, adding that his agency stood ready to help U.S. authorities deal with the challenge.

With 254,300 asylum claims lodged in 2018, the United States is the world’s largest recipient of applications, the report said.

But Grandi said the United States has a huge backlog of 800,000 cases to be processed and that his agency was also helping Mexico to beef up its capacity to handle asylum-seekers.

Asked whether Trump’s policies had made the work of UNHCR more difficult, he said: “It’s not just in the United States, in Europe as well, and Australia.

“This is the crisis of solidarity that I have mentioned. It is identifying refugees and migrants with a problem instead of people that are fleeing from a problem,” he said.

In Europe, the issue has been heavily politicized, leaving some governments “terrified” to commit to take in people rescued at sea after fleeing Libya or other conflict zones, Grandi said.

“So the appeal I make, now that we are in a situation where European (Parliament) elections are behind us, is to stop this electoral agitation. The numbers arriving in Europe are frankly manageable,” he said.