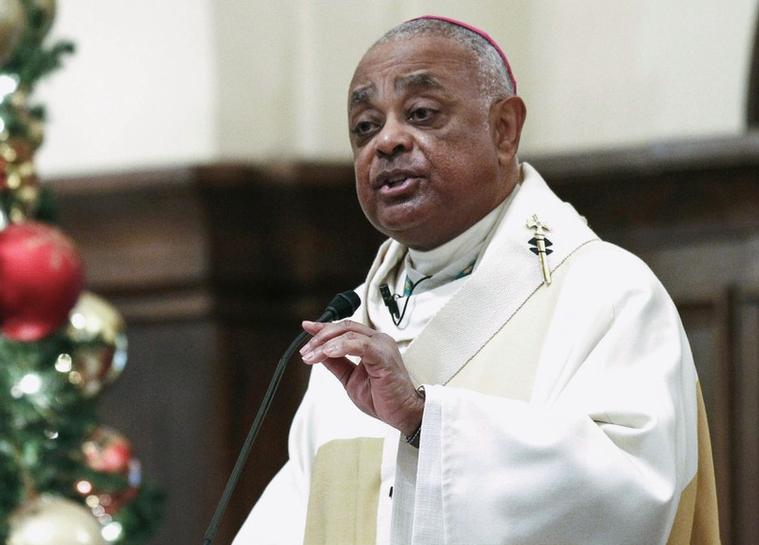 Pope Francis named the first African-American to the Catholic Church’s most senior U.S. position on Thursday, seeking to end a period of upheaval in a job whose previous two occupants were caught in sexual abuse scandals.

Former Atlanta archbishop Wilton Gregory, 71, was made new head of the Church in the U.S. capital Washington, D.C., and is also likely to become a cardinal eligible to vote in a conclave to elect the next pope after Francis.

He would be the first African-American to hold the rank of cardinal too. The U.S. embassy to the Vatican noted that Gregory’s appointment coincided with the 51st anniversary of the assassination of black rights leader Martin Luther King Jr.

Gregory, who converted to Catholicism as a teenager, is considered a progressive who prefers dialogue and has largely shunned the U.S. Church’s often strident culture wars over issues such as abortion and homosexuality.

The Washington position is the most influential for the Church in the United States because of its proximity to national political power. Past holders have been confidants of American presidents, foreign diplomats and educational leaders.

Gregory’s immediate predecessor, Cardinal Donald Wuerl, resigned last October after 12 years in the job following a grand jury report that criticized him for failing to halt abuse in his previous role as archbishop of Pittsburgh.

Wuerl succeeded former Cardinal Theodore McCarrick, who was expelled from the priesthood earlier this year after being found guilty of sexual crimes against minors and adults.

The diocese was rocked by the back-to-back scandals and had been without an official leader for six months.

The Church’s credibility has been crushed globally by abuse scandals in countries including Ireland, Chile, Australia, France, the United States and Poland. It has paid billions of dollars in damages to victims and been forced to close parishes.

The same daily bulletin that proclaimed Gregory’s appointment also announced the Vatican had removed the archbishop of the U.S. island territory of Guam from office after conviction for sexual abuse of minors.

Gregory was born in Chicago and raised in the city’s poor South Side. As president of the U.S. bishops conference between 2001 and 2004, he pushed through a new charter to protect children after the sex abuse scandal erupted in Boston in 2002.

Last year, when some Catholic institutions gave in to conservative pressure and rescinded invitations to Father James Martin to speak on his book about welcoming gay Catholics, Gregory invited the prominent Jesuit to speak in Atlanta.

“Archbishop Gregory is a seasoned administrator, a leader among the US bishops in combating clergy sex abuse, and a compassionate pastor. He is also keen to reach out to marginalized populations.”

“Gregory has impeccable credentials for dealing with the sex abuse crisis, which is essential for healing the Church,” he said, adding that he would also be good for Washington’s black population, feeling increasingly marginalized.

Despite the plaudits, Gregory was himself embarrassed five years ago by criticism for living in a $2.2 million Tudor-style mansion in an exclusive neighborhood of Atlanta.

He left the house and acknowledged he had taken his “eye off the ball” after the archdiocese received a $15 million donation from the estate of Joseph Mitchell, a nephew of “Gone With The Wind” author, Margaret Mitchell.