Pope Prays for ‘Seeds of Peace’ for South Sudan, DRC 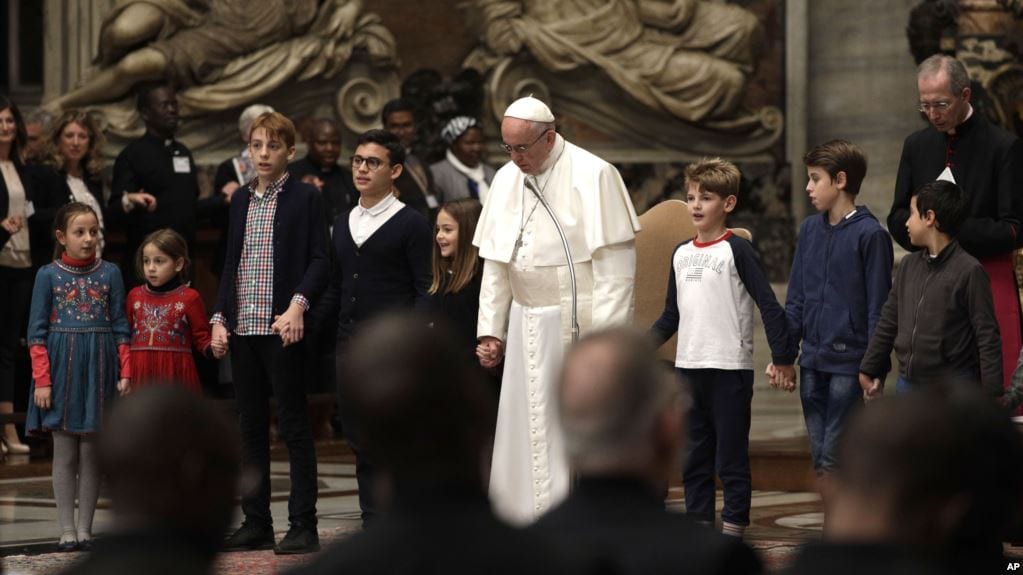 Pope Francis on Thursday evening led a special prayer service in St. Peter’s Basilica for peace in South Sudan and the Democratic Republic of the Congo.

Earlier this year, he said he was studying the possibility of going to South Sudan, which has been beset by famine and civil war. But he told the faithful during the service that that wasn’t possible.

Francis said that “with prayer we want to sow seeds of peace” in South Sudan and Congo. He called for courageous peace efforts through dialogue and negotiations.

Peace talks are aimed at finding a resolution to South Sudan’s civil war, which has lasted nearly four years.

In DRC, tensions over the continued tenure of President Joseph Kabila, whose official mandate ended in December 2016, have fueled deadly demonstrations. An election official recently said the presidential vote wouldn’t be held until late 2018.