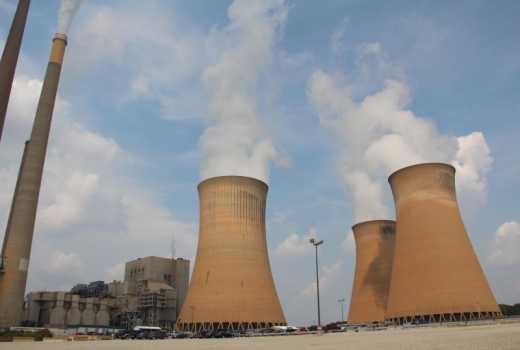 Electricity from a coal-fired power plant due to be built in Kenya by a Kenyan-Chinese consortium will cost consumers up to 10 times more than planned, a U.S. thinktank says, raising further doubts about the long-delayed project.

Construction of the plant on the Kenyan mainland opposite the tourist island of Lamu was scheduled to begin in 2015 but has been repeatedly halted, due in part to opposition by environmentalists.

Amu Power, a consortium comprising Kenya’s Gulf Energy and Centum Investment and a group of Chinese companies, is due to building the plant after winning the government contract.

The plan’s backers say it would help tackle Kenya’s frequent blackouts by increasing generation capacity by nearly a third and generating power that would cost about half what consumers currently pay.

But opponents say those costs are much higher than projected.

Amu Power says electricity from the plant will cost  Ksh.720 per KWh. But that is “highly optimistic,” the U.S.-based Institute for Energy Economics and Financial Analysis said in an independent study, which is the most extensive so far on the plant’s cost.

It said the 1000-MW coal-fired plant’s 25-year power purchasing agreement would cost consumers more than Ksh.900 billion, even if it does not generate any power.

The study said the plant’s backers had underpriced coal imports and rising operational and maintenance costs.

Joseph Njoroge, principal secretary at the Ministry of Energy, said the plant was competitive but did not address specific concerns.

“One condition of any competitively acquired project is to sustain the bid specifications to the end,” he said in a text message to Reuters. “The plant will be put up with (the) aim of producing electricity based on sound economic projections.”

Francis Njogu, chief executive officer of Amu Power, did not respond to requests for comment.

Kenya’s Energy Regulatory Commission, which sets tariffs, also did not respond to a request for comment.

The plant’s location on the mainland in the coastal Lamu County region is about 14 km from Lamu island, a famous ancient Swahili settlement, and a UNESCO World Heritage site and a top tourist destination.

Environmentalists say the plant will pollute the air, destroying mangroves and breeding grounds for five endangered species of marine turtles, fish and other marine life.

In 2018, a Kenyan court suspended the project for a second time, sending the dispute back to an environmental tribunal. It is expected to issue a decision later this month on whether the project can go ahead.