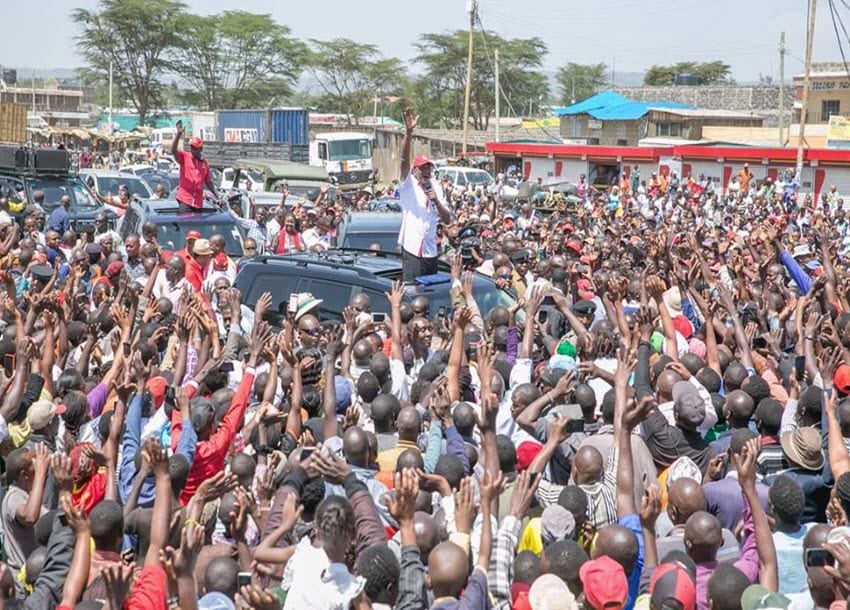 President Uhuru Kenyatta on Saturday said more than 3.7 million homes have now been connected to electricity in the last four and a half years as part of his administration’s quest to transform the lives of Kenyans.

“We have not let you down on development in the last four and a half years. We intend to do more to transform the country in the next five years. That is why we are asking for your votes,” President Kenyatta said.

Speaking on the second day of his meet-the-people tour of Nakuru County at Salgaa and Rongai, President Kenyatta affirmed his administration’s commitment to tame the rising food prices, especially of maize, saying the importation of the grain will continue until farmers harvest their crop.

He warned unscrupulous traders against hoarding the subsidized maize saying the Government will not allow the creation of artificial shortages.

While drumming support for his 2017 re-election bid, President Kenyatta announced that secondary school education will be free starting next year. This follows the scrapping of examination fees, a move that has greatly eased the burden on parents.

The Head of State further added that in addition to free maternity, mothers who deliver in public health facilities will be given free NHIF medical insurance cover for a year to ensure the health of mothers and babies.

The President also appealed to all Kenyans to embrace peace, which has prevailed for the last four and a half years, enabling his administration to implement projects that have transformed the country.

“We want to maintain the prevailing peace across the country because it has enabled us to make significant strides in development,” the President said.

On his part Deputy President William Ruto called on Kenyans to vote for Jubilee and not to be hoodwinked by the opposition who he insisted have nothing to offer to improve the country apart from peddling propaganda and lies.