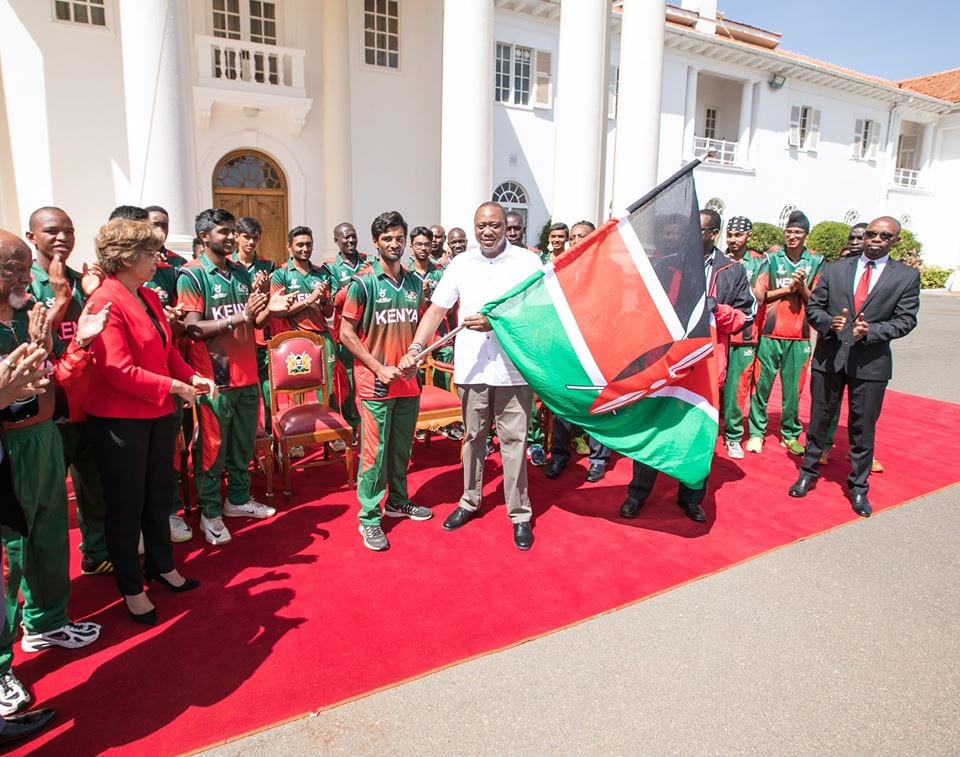 President Uhuru Kenyatta has pledged to construct two world-class stadiums, one for cricket and another for rugby, within the next five years as part of his agenda to develop talents and empower the youth.

The president said land has already been set aside for the two stadiums and plans are being finalised to start the construction.

He was speaking at State House, Nairobi, when he handed over the national flag to the Kenya Under-19 cricket team that will represent the country in the International Cricket Council (ICC) Under-19 Cricket World Cup slated for January 6 to February 4 next year in Christchurch, New Zealand.

“It is my intention over the next five years to ensure I develop a world-class cricket stadium and a world-class rugby stadium so that at least you can have both a place to practice and a venue to host teams from other countries,” President Kenyatta told the Under-19 cricket team.

The president directed the Sports Ministry to see how it could support the cricket associations to encourage them to continue developing talents at an early age.

“Cricket used to be among the sports that were a key component of our education system but unfortunately we dropped the ball along the way. It is necessary for us to bring it back so that many of our young people can be able to expose their talents at an early age because we have equipped them,” President Kenyatta said.

He congratulated the cricket team for qualifying for the world cup and wished them success.

“You have already made it this far and I believe you have the potential to win the cup. Just put all your effort and focus into it,” President Kenyatta encouraged the team.

Sports Cabinet Secretary Hassan Wario said cricket is a multi-million dollar game that Kenya can tap into to benefit the youth while his education counterpart Fred Matiang’i assured that sports will form a critical component in the ongoing reforms of the education curriculum.

Dr. Matiang’i said the Education and Sports ministries have been having meetings to designate a national sports day for schools and the academic fraternity.

“During that time, all sporting activities will take place to enable our children to interact and to compete,” CS Matiang’i said.

The CS said for a long time the country’s sporting menu has been dominated by athletics and football but that is now set to change.

“We are expanding so that we can allow several of our schools to do games they have not been doing before. We have now brought in rugby, cricket and many other sports into the curriculum,” the CS said.

He disclosed that under President Kenyatta’s directive, the Ministry of Education has been constructing a golf course at Lenana School, which is now complete, to expose the youth to the game at an early age.

Other speakers included the Africa Cricket Association (ACA) Chairperson, Ms Jackie Janmohammed, who was commended for playing a key role in the development of cricket in Kenya and in the continent.