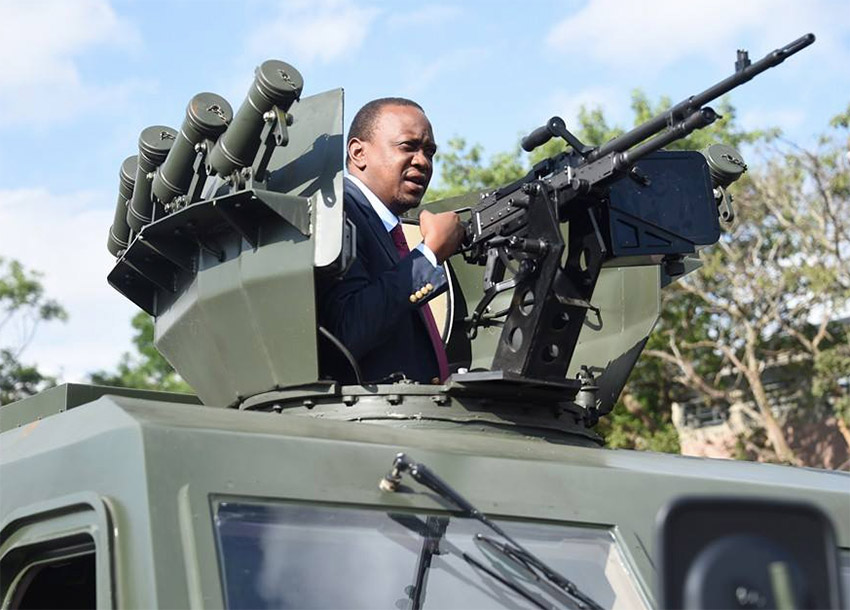 President Uhuru Kenyatta has promised modernization of security equipment to ensure security officers are well ready to tackle terror threats in the country.

Speaking during a pass out parade of Administration Police in Utawala, Nairobi, the president said corruption will not be tolerated saying those found culpable will face the law.

“I am convinced the days of reckless corruption in this country are numbered.  Even now, history is drawing a line in the sand and there is a war that rages.  Consider whether you will fight on the right side when the rule of integrity is finally realised.  Because that day is coming,” said the Head of State.

“As much as integrity, impartiality is a good principle to espouse and a difficult practice to achieve.  Yet achieve it you must.The purpose of the police is to enforce the law, and the law favours no man.  Your decisions as such, must never be subject to the charge of discrimination,” added President Kenyatta.

President Kenyatta told the graduands that there must never be any social, political, religious or ethnic distinction in their service.

“All Kenyans need you and because crime too, generally does not discriminate.  Those who steal do not chose political parties, ethnicity or religion.  So today I want to remind you that you are all Kenyan. Your employer is Kenya.”

“Your call is noble: protect the people, protect their property, curb crime, keep peace.  In-so-far-as our nation’s future rises and falls on security, your decisions, your efforts and your actions play a critical part in determining our national destiny,” he added.