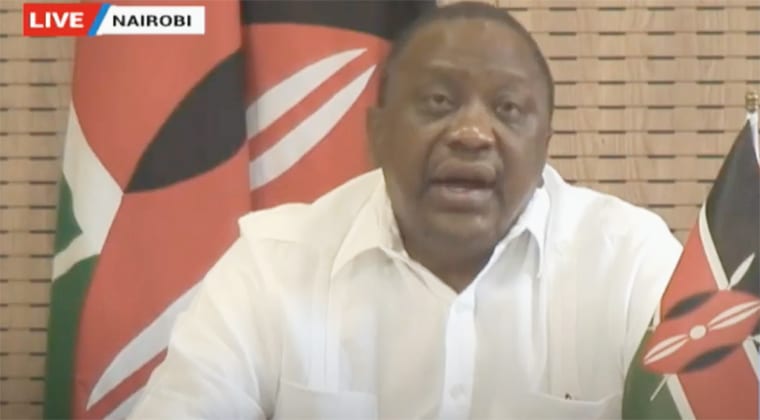 President Uhuru Kenyatta has lauded efforts of Kenyans in fighting against COVID-19 saying the country has begun to flatten the curve.

President Kenyatta said invoking the Public Health Act and issuing containment measures that would significantly affect the enjoyment of various liberties, rights and freedoms was unprecedented but the move has borne its fruits.

“I believe we have done remarkably well and that is why we have began to flatten the curve. But to do better we must remain brutally honest with our approaches because intellectual honesty is critical to building resilience gong forward,” he said.

Speaking during the Virtual COVID-19 Conference on Monday, the President warned that Kenyans must celebrate this achievement too soon but remain cautious.

He noted that the COVID-19 curve begins to flatten after it reaches its highest point — the inflection point–which is the most dangerous.

“The curve can either flatten and de-escalate or take an upward surge. My appeal to all of you as experts, practitioners and leaders is therefore to deliberate on our position. Althought the curve is beginning to flatten could it surprise us by taking an upward surge at this inflection point?” he posed.

The President said to achieve victory over COVID-19 there is need to have positive resilience and move away from tactical to strategic response.

According to him, a post-mortem analysis is necessary to understand how Kenya has handled COVID-19 six months after the first case was reported in the country.

He said instead of symptomatic reactions to this crisis the country must now move to structural reactions that are long-term and transformative.

“If all our models had projected severe scenarios and it did not happen, is it because we were forewarned or is it because of the swift interventions that we put in place? How does our national response compare with others within the region, the continent and the world? Is there something that we could have done better and are there lessons we should carry with us to the strategic phase of this war?” he posed.

The President further called for pre-mortem analysis, an early warning, which according to him is a long-term response to enable a shift in intervention.

He reiterated that Kenya must do a simulation of how it would work in order to move from a symptomatic to strategic response under universal healthcare coverage.

“How for instance will the environment respond to this shift and what are the enablers and disablers of this undertaking?” he posed.

President Kenyatta said this will enable Kenya to chart a path towards a more sustainable approach.