Uhuru on teenage pregnancies: There will be hell to pay for chiefs, perpetrators 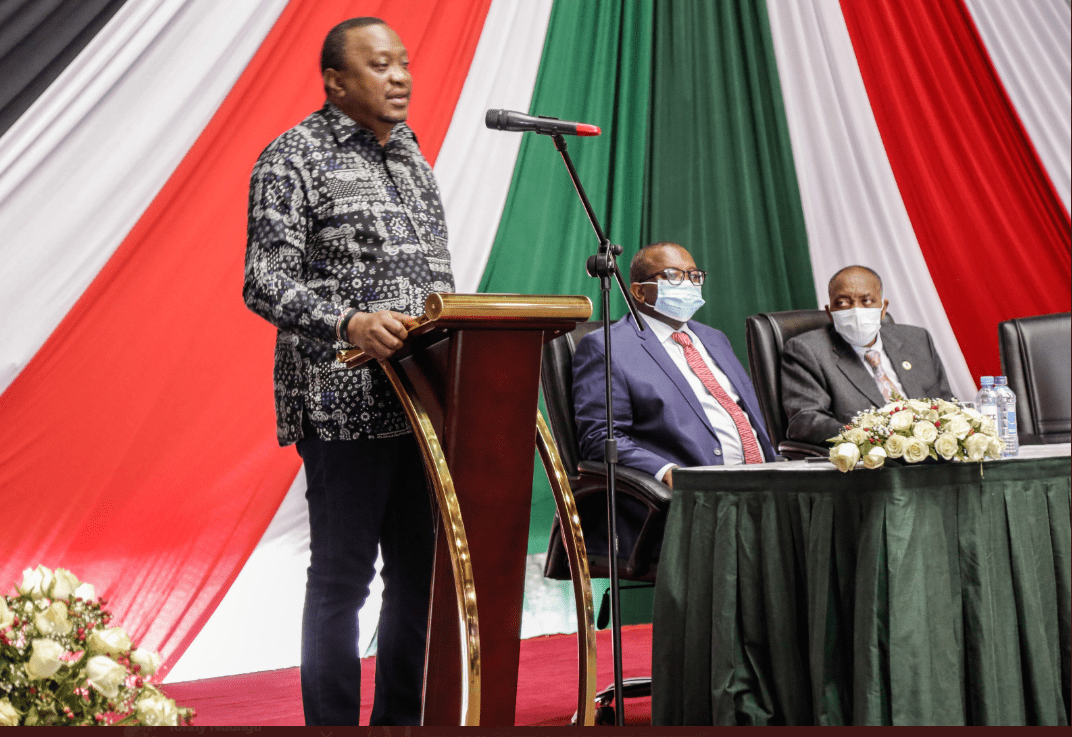 President Uhuru Kenyatta now says there will be hell to pay for those who have impregnated minors across the country.

President Kenyatta was speaking on Thursday at the KICC in Nairobi, at the close of a two-day training workshop on Kazi Mtaani for Regional and County Commissioners.

He noted that area chiefs will be answerable on how school-going children were defiled under their watch.

“You as the area chief will have to answer, where were you when all this was happening?” The president asked.

At the same time, he warned that those responsible for impregnating minors would face the full wrath of the law once DNA results were out.

“People must be disciplined, how do we allow people to go around impregnating young girls, and we do not say anything? We are going to wait for the DNA and those people will pay,” he said.

In mid-June, Education Cabinet Secretary Prof. George Magoha asked for a ban on pornographic sites, saying they are to blame for the high rate of teenage pregnancies.

A survey by the Kenya Health Information System had shown that about 4,000 girls aged 19 years and below were reported pregnant in Machakos County between January and May.

The numbers were equally high in other parts of the countries and showed the incidences spiked after schools were closed in March over the coronavirus pandemic.

In Nakuru, for instance, 1748 cases of teenage pregnancies have been reported while Kajiado, Garissa and Kericho recorded 1,523, 901 and 1,006 cases respectively.

Prof. Magoha previously contested the numbers as “exaggerated” and noted that investigations into the matter were underway.