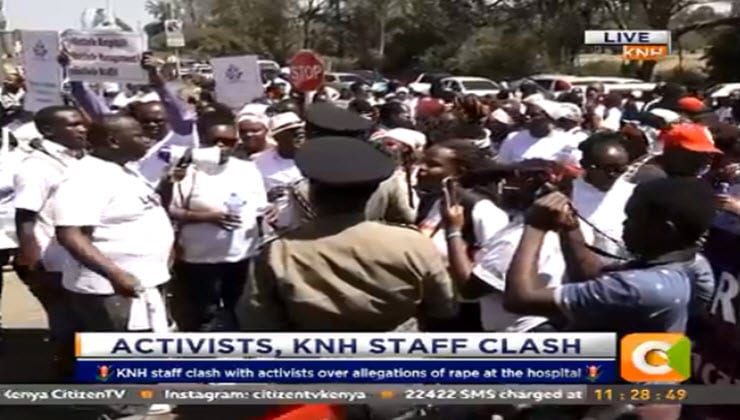 A war of words ensued at Kenyatta National Hospital on Tuesday after activists and health workers clashed at the facility.

KNH staff clashed with activists under the Health Empowerment Rights Group who were holding peaceful protests over rape allegations at the hospital.

Health workers at KNH however refuted the claims accusing the consortium of tarnishing their name all the while beckoning them to produce victims.

The activists kicked off their protest at Uhuru Park and marched to the Ministry of Health where they were to petition Health Cabinet Secretary Cleopa Mailu before making their way to Kenyatta National Hospital.

The country’s largest referral hospital has since defended itself against the claims saying none of the alleged victims has come up to report the said incidents.

Meanwhile, the management of Kenyatta National Hospital is set to forward its findings to the Ministry of Health for further action.