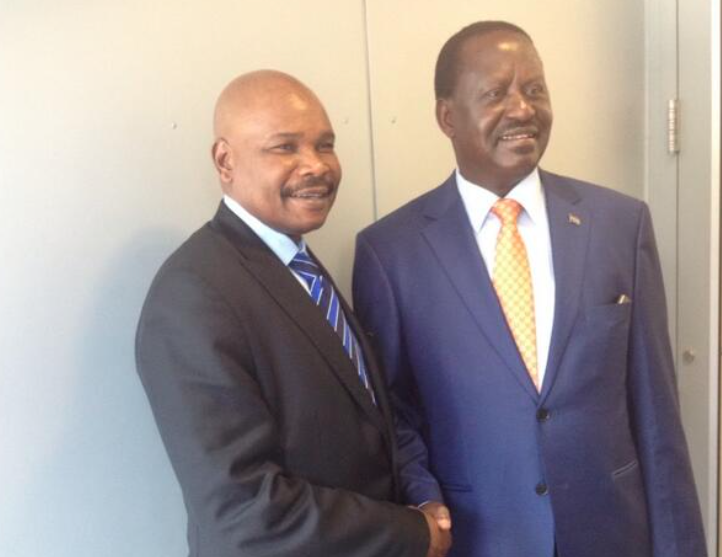 Prof. Mutua now becomes the spokesperson of the campaign secretariat.

“It is my pleasure to appoint Prof. Makau Mutua the Spokesperson of the Raila Odinga 2022 Presidential Campaign and Head of Its Think Tank. Prof. Mutua needs no introduction to Kenyans. He is the former Dean at SUNY Buffalo Law School, The State University of New York, where he is SUNY Distinguished Professor and the Margaret W. Wong Professor,” said Odinga in a statement.

“He served as Dean from 2007-2014 and has been professor in Buffalo since 1996. He teaches human rights, international law, and international business transactions. From 1991-1996, Professor Mutua was the Associate Director of the Harvard Law School Human Rights Program at Harvard University.”

Odinga added: “Professor Mutua has been a Visiting Professor at Harvard law School, the Iowa College of law, the llnivercity of Ileusto in Bilbao, Spain, Addis Ahaha university, the University for Peace in Costa Rica, and the University of Puerto Rico School of Law, among others.”

He is a former Vice President of the American Society of International Law (ASIL), where he also served as a member of the Executive Council, and was the Co-Chair of the 2000 Annual Meeting of ASIL.

Prof. Mutua is a frequent commentator in the electronic and print media on human rights, international law, and politics. He has also been published by major American newspapers, including the New York Times, Boston Globe, and the Washington Post.

“In 2003, Professor Mutua was appointed by the Government of Kenya Chair of the Task Force on the Establishment of a Truth, Justice, and Reconciliation Commission. He was also a delegate to the Kenya National Constitutional Conference,” added the statement.

“He is the Chairman of the Kenya Human Rights Commission. He sits on several boards of NGOs and was Chair and member of the Board of Advisors of the Rome-based International Development Law Organization (IDLO).”