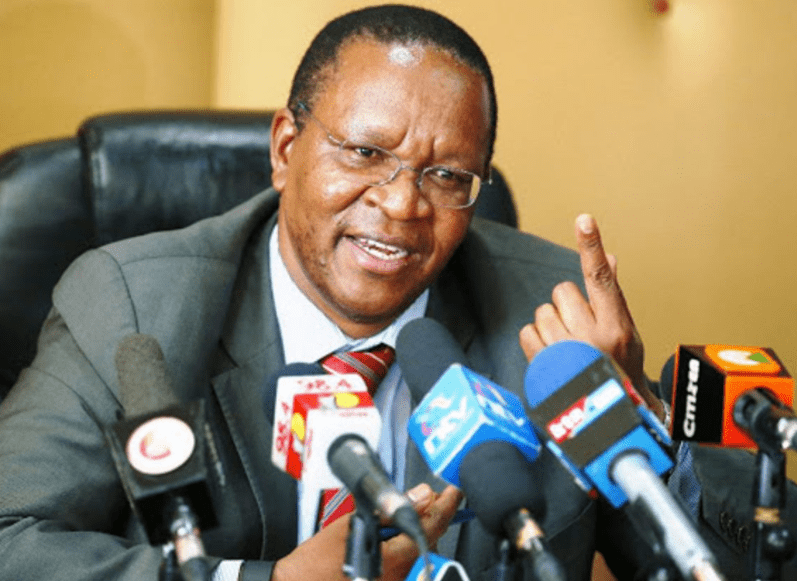 You will get another chance to register for Huduma Namba if you missed out in the first phase, this is according to Interior Principal Secretary Dr. Karanja Kibicho.

Dr. Kibicho, speaking during a debriefing session with a Parliamentary committee on Wednesday, said the second phase will commence soon and e-cards will start being issued before the end of the year.

The Ksh.18 billion program has come under scrutiny of late with Kenyans wondering what happened to it after conclusion of the exercise.

Dr. Kibicho also said preparations are now complete and the mass production of the Huduma cards will commence by December.

“Everybody will have an opportunity through either the mass registration session two, or themselves walking to the registrar of persons in future if they also miss out because this will be continuous process to eternity,” he said.

“All the data of those who took part in Huduma Namba has been merged and cleaned up, we have created a state of the art data center…we had to create both the redundancies and a data center that we would be sure keeps this data safe.”

He said the e-card will have all the data merged and installed in an electronic chip and Kenyans will no longer need documents like Identity Cards, NHIF and NSSF cards

Kibicho, who was accompanied by his ICT counterpart Jerome Ochieng, said the Huduma Namba program is currently at an adjudication process which is aimed at ensuring captured fingerprints match the ones in the real database.