In push for stability, France gives 30-million-euro aid to Gambia 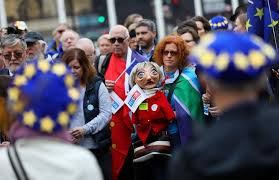 France gave 30 million euros ($34 million) of aid to Gambia on Monday as part of efforts to support its democratic transition and ensure stability in a region Paris deems vital to its interests.

Born of British and French colonial rivalry in the 19th century and surrounded by francophone Senegal, Gambia – a tourist haven and groundnut producer – won independence from Britain in 1965.

“What’s at stake is consolidating democracy and stability in Gambia,” said a French diplomatic source, as The International Monetary Fund has warned Gambia against any new borrowing after its debt stock reached 130 percent of gross domestic product at the end of last year. visited Gambia.

Paris has major economic interests in Senegal and wants to ensure a rebel movement in the southern Casamance area, separated from the more affluent north by Gambia, does not flare up after Jammeh broke ties with Dakar and destabilized the area.

The International Monetary Fund has warned Gambia against any new borrowing after its debt stock reached 130 percent of gross domestic product at the end of last year.

The aid provided by France comprises 5 million euros for budgetary support, 20 million for drinking water projects and 5 million for agriculture.

Under President Emmanuel Macron, France is attempting to broaden its economic influence in Africa to anglophone regions.

French firms including Bollore and energy group Total are among those vying for contracts in Gambia.