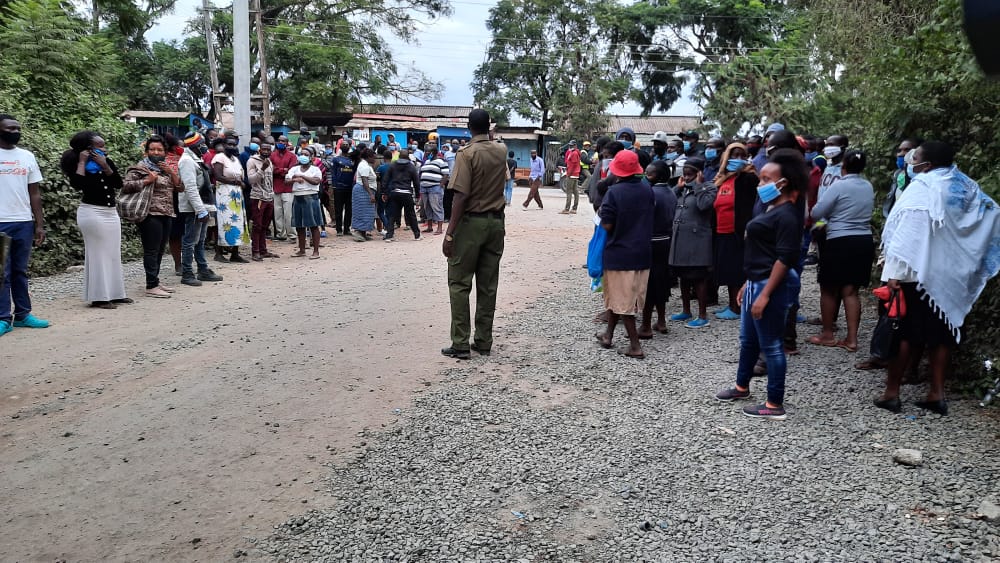 Detectives have started investigations after two bodies of a boy and a girl were found decomposing inside a car at the Athi River police station.

The Police station boss Catherine Ringera said the two children had been reported missing on June 11.

The two, aged four years went missing from their KMC Estate while playing outside their house.

Officers from the Athi River police station where the matter was reported had extended their search to hospitals and mortuaries until Tuesday afternoon when the body were discovered.

Reports say that the bodies were discovered by a man who had gone to the station to pick up his car – a Toyota Belta- which had been impounded after a crash.

The Nairobi-based businessman alerted the officers that there was a foul smell coming from the trunk of his car.

Upon opening the trunk, the bodies of the two minors were discovered stashed inside a black paper bag.

Police officers had a rough time repulsing a crowd that had attempted to access the area where the car had been parked.

The bodies of the two were later taken to the Chiromo Mortuary following after their parents identified them as lvina Mutheu and Henry Jacktone.

A multi-agency team comprising of homicide and forensics detectives have since been deployed to probe the matter.

Pathologists handling the matter noted that there were no bloodstains in the car amid question on how officers at the station had not picked the tepid smell from the decomposing bodies.

An officer who moved the car on May 1 has since recorded a statement over the matter and noted the car was locked when he moved it.