Raila ahead of Uhuru in new Infotrak poll 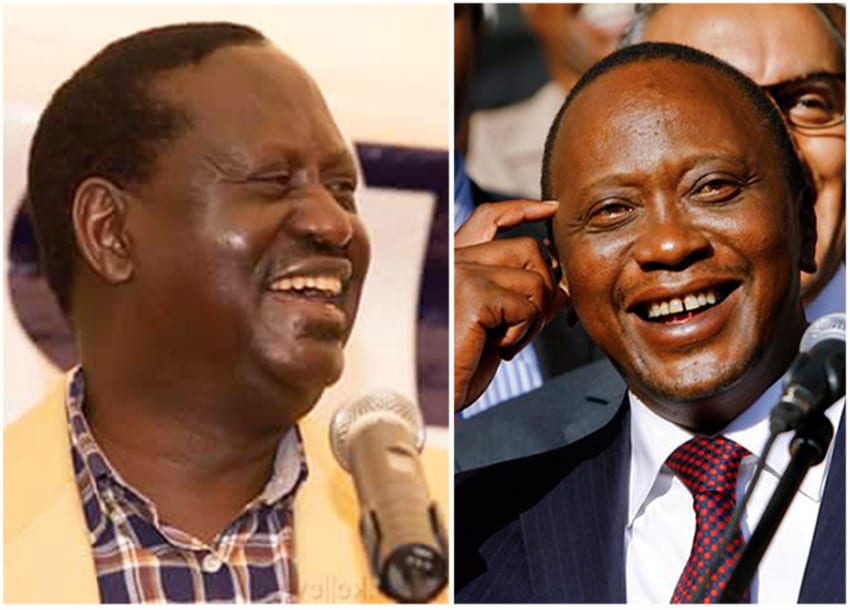 President Uhuru Kenyatta and National Super Alliance presidential candidate Raila Odinga are in a dead heat race for State House with 15 days to General Elections according to a new opinion poll released by research firm Infotrak.

In the new Infotrak poll, opposition leader Raila Odinga leads President Kenyatta by 1 percent with 47 percent but six percent of Kenyans are undecided.

Less than half of Kenyans, 49 percent, feel that the country is headed in the wrong direction and blame President Kenyatta for the high cost of living, endemic corruption and poor infrastructure.

However, 47 percent of Kenyans believe the country is on the right path, noting the improved state of education, infrastructure, healthcare and stability.

The poll which was conducted in 31 counties and 100 constituencies shows that the two political coalitions Jubilee and NASA have equal popularity ratings at 45 percent each.

According to the poll, NASA is the most popular political outfit in Nairobi County with 46 percent with the ruling Jubilee Party with 39 percent.

The poll also suggests that 6 percent of the undecided voters, most of them from Western region, may determine whether the country will head to a run-off in August.

The opinion poll, released in Nairobi on Sunday by Infotrak chief executive officer Angela Ambitho, was conducted from July 16 to July 20th this year and a total of 2,000 people were interviewed.