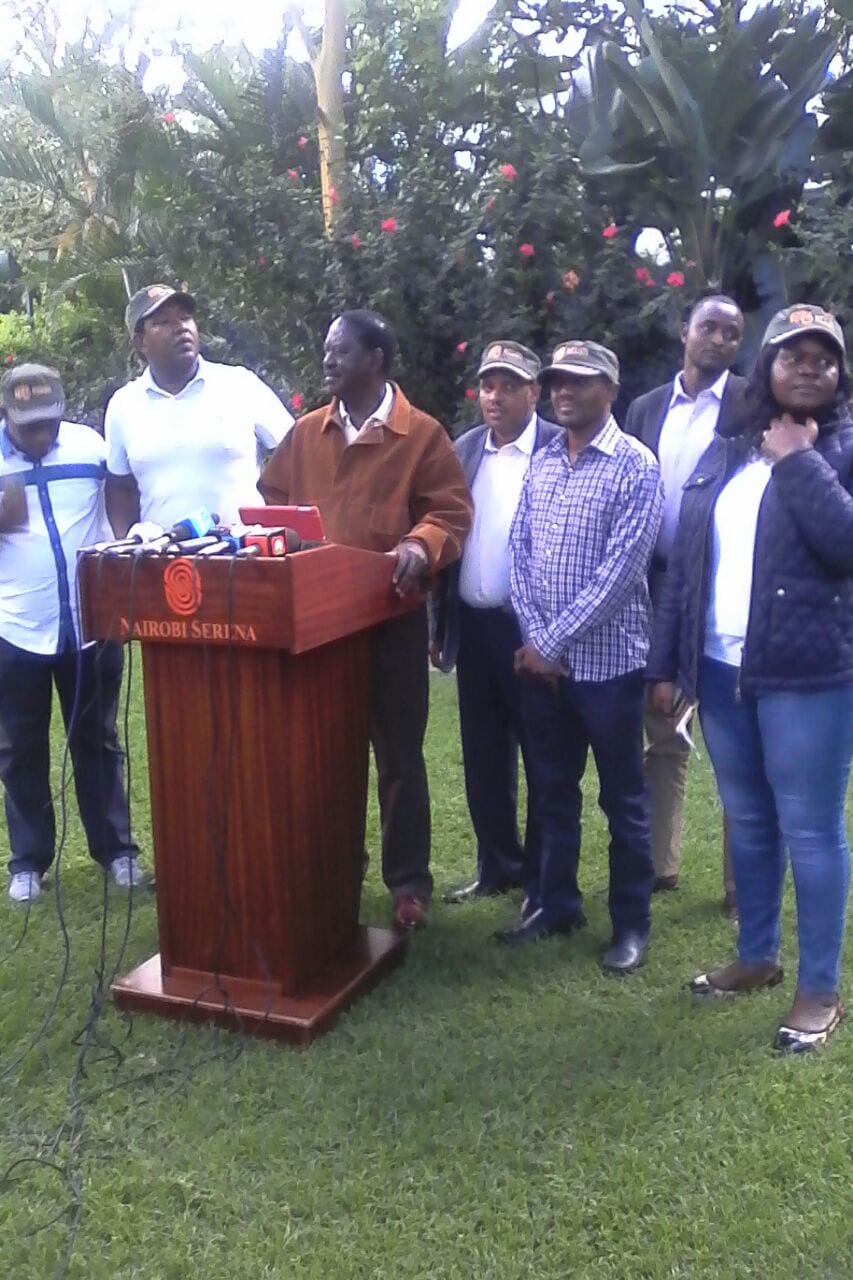 This comes after more than 300 heads of livestock were killed in a police operation on Thursday November 2, a move that has been criticized by different political leaders from the Maa community.

The police were flushing out pastoralists who had illegally invaded private ranches.

Speaking at Serena Hotel, Raila termed the killings as “contempt and utter disregard for the Maa community”.

“Shooting dead those animals is the equivalent of burning down or cutting down of coffee or tea plantations in Central Kenya and Rift Valley or setting ablaze acres of sugar plantations in Western Kenya and sinking hundreds of fishing boats in Nyanza,Turkana and the Coast,” said Raila.

The NASA leader said, “The last time that this kind of insensitivity happened to the Maasai community was in the 1900’s when the British colonial authorities with interests in the Laikipia plains confiscated at least 5000 heads of cattle and burnt more than 5000 huts and grain stores to make the Maasai give space,” said the former Prime Minister.

He demanded that President Uhuru Kenyatta compensate the pastoralists who lost their livestock at prevailing market rates.

“For this kind of callousness to be conducted by the police paid and sustained by is a manifestation of a deep rooted problem that must be addressed once and for all. The government must compensate these people immediately no much time is needed for the government to pay them it must be now, “said Raila.

Raila was flanked by Laikipia Governor Moses Lenolkulal who said, “We as the leaders from the Maa community, we demand that the government through the relevant security agencies starts investigations into the shooting of cows in Laikipia in order to bring the culprits to book.”