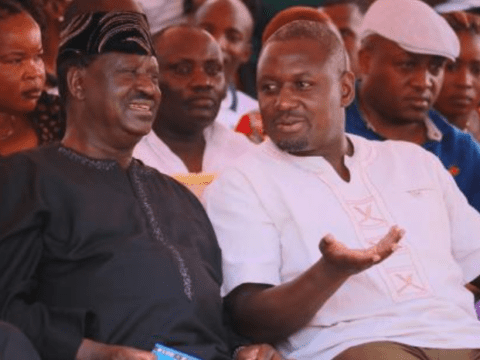 Rarieda Member of Parliament Otiende Amollo has told supporters of the Orange Democratic Movement (ODM) not to be worried about the fall of the Building Bridges Initiative (BBI), noting that party leader Raila Odinga is now free to concentrate on his presidential ambition.

He stated that Mr. Odinga now has all the time to effectively battle against Deputy President William Ruto, who he said “has had no burden “, for the top seat in 2022.

Otiende, who spoke in his constituency during the burial of Rarieda ODM chairman Onyango Omolo, stated that they now want to focus on having Mr. Odinga at State House, adding that the Constitution can still be changed later.

Senator Orengo, on his part, stated that the fall of BBI is not the first setback in the quest for Constitutional change in this country.

He said that even during the Bomas draft, the Njoya case stopped a constitutional moment and forced them to go to the people, adding therefore that “right now we  want to focus on Raila Odinga presidency because this is the time that he has to win than ever before.”

Orengo hence reiterated Mr. Odinga’s previous statement rallying the youth to adequately prepare themselves with identity cards and voters’ cards and be ready to go out to the ballot in large numbers next year.