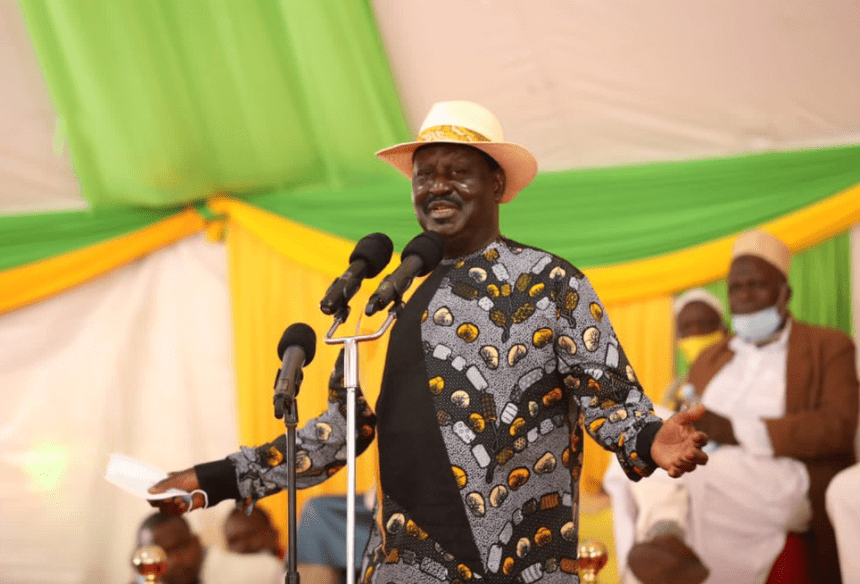 Opposition chief Raila Odinga has sent the strongest signal of reuniting with his National Super Alliance (NASA) principals ahead of the 2022 General Election.

Despite the NASA partners exiting from the outfit on grounds of mistrust and dishonesty, Mr. Odinga joined ranks with his political peers saying they might unite under a different umbrella.

The Orange Democratic Movement (ODM) party leader declared that while NASA is dead, the divorce did not mean that they cannot mend fences and reunite.

Odinga’s declaration coming against the backdrop of his former allies calls that ODM should join the One Kenya Alliance, with Wiper and ANC party leaders Kalonzo Musyoka and Musalia Mudavadi respectively angling to carry the flag.

In abandoning the NASA house, ODM and Odinga were accused of being bullies in a marriage full of mistrust and dishonesty.

But in extending an invitation to their old flame, NASA affiliates have set conditions for Odinga’s entry into One Kenya Alliance.

“We have formed One Kenya Alliance, we invite ODM and its leadership if they’re willing to join us, they join us as one among equals,” Bungoma Senator and Ford-Kenya leader Moses Wetangula recently said.

Odinga indicated that the orange party will begin holding delegates meetings across the country to prepare for the 2022 General Elections and craft possible alliances.

The process will begin in Kisii for the Nyanza conference, then Kakamega for the Western conference, Coast, Northern Eastern, Eastern, Rift Valley to culminate in Nairobi as the party criss crosses the country.

Odinga and his former NASA partners taking cognizance that Deputy President William Ruto is their common enemy heading into the 2022 General Election.