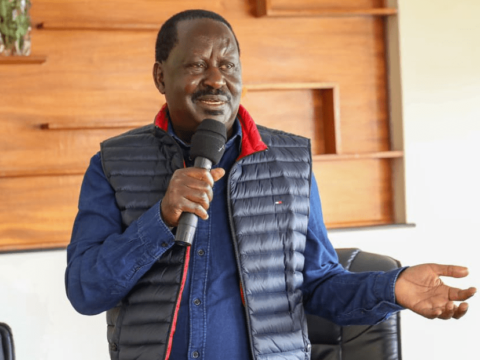 Odinga said the courts have the right to rule for or against the BBI process but that, if stopped, it will not be the end of the journey for the changes.

The former premier said moving to the Supreme Court will be a waste of time, adding that he is now concentrating on the current preparations for the 2022 polls.

According to the ODM chief, if the Court of Appeal case flops, then the BBI process will be “continued by those who will form the next government” since the “document holds important plans for building the nation.”

Speaking to a local vernacular station via a phone call, Odinga ruled out any possibility of taking the BBI document for Parliamentary approval adding that it’s only subject to the public nod through the ballot.

Odinga also confirmed that he is in Mombasa ahead of a meeting with the One Kenya Alliance (OKA) as they look into ways of bolstering the team ahead of the 2022 polls.

Odinga also made it clear that he will only declare his stand in the 2022 polls after the BBI verdict this Friday.

He further dismissed the notion over the might of Deputy President William Ruto given the number of MPs on his side saying most of them will lose their seats after polls adding that he (Odinga) is only concerned with dealing with the voters directly.