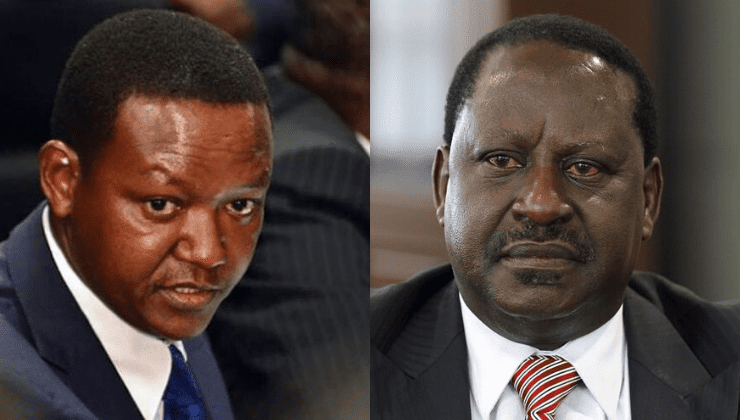 Mutua, who has persistently expressed interest in contesting for the presidential seat in the next General Elections, made the revelation on Sunday during an interview on K24 TV’s Punchline show.

The Machakos County boss stated that he recently told Mr. Odinga that it was time to “pass the baton” and the former premier was positive in his response and even encouraged him to go on and sell his policies to the public.

“I’ve already explained that to Raila Odinga…when I went to see him in his Upper Hill office, I told him I’m running for president and it’s time to hand over the baton and he understands that,” he said, adding: “…we’ve said we’ll support each other’s dreams. He will support my dream.”

Mutua also spoke on his perceived rivalry with Wiper Democratic Movement party boss Kalonzo Musyoka whom he commended for a good job but intimated that he (Mr. Musyoka) should now hand over the reigns of the Ukambani region to another leader.

“What we want to say is that Kalonzo is a very respectful man, he’s a man I hold in high ideal and he should be respected. As a leader of our people, he’s done some things but he could have done more but also where he’s reached I think he has served us well, its time for somebody else to continue the job,” he stated.

“He’s been in a point where poverty has grown…I think in Ukambani and everywhere, but I don’t think he can offer solutions to the challenges that we face.”

The governor reiterated his earlier claims that Deputy President William Ruto, National Assembly Majority Leader Aden Duale and his counterpart in the Senate Kipchumba Murkomen threatened him with unspecified consequences during different instances at State House.

“They were threatening me, they were telling me that ‘you’ve been out there talking about us, we must deal with you…'” said Mutua.