Raila, Ruto in Kisumu as Anyolo takes the helm 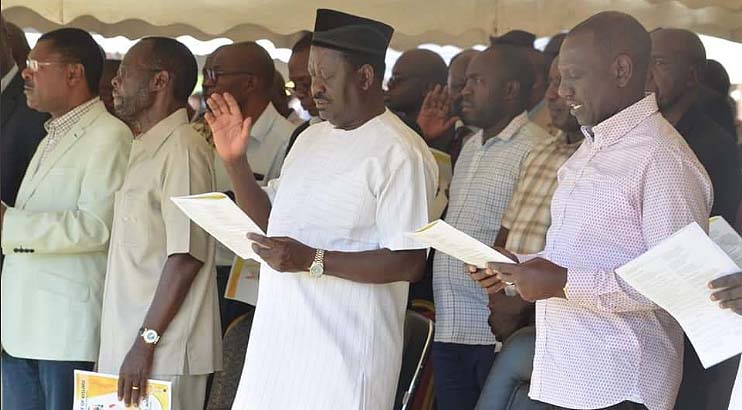 Rev. Anyolo takes over from Bishop Zacchaeus Okoth who has been at the helm for the past 50 years.

The Saturday ceremony is taking place at Uzima College, an institution that is the brainchild of the outgoing Bishop Okoth.

Bishop Okoth is renowned for his vocalness on social issues such as contraception which he was strongly against, treatment of HIV/AIDS patients and education of the girl child.

He was ordained as a priest in 1968 and leaves after five decades of fiery rule, praised and criticised in equal measure.

On his part, Rev. Anyolo has served as a clergyman for the past 35 years and is also the chairman of the Kenya Conference of Catholic Bishops (KCCB).