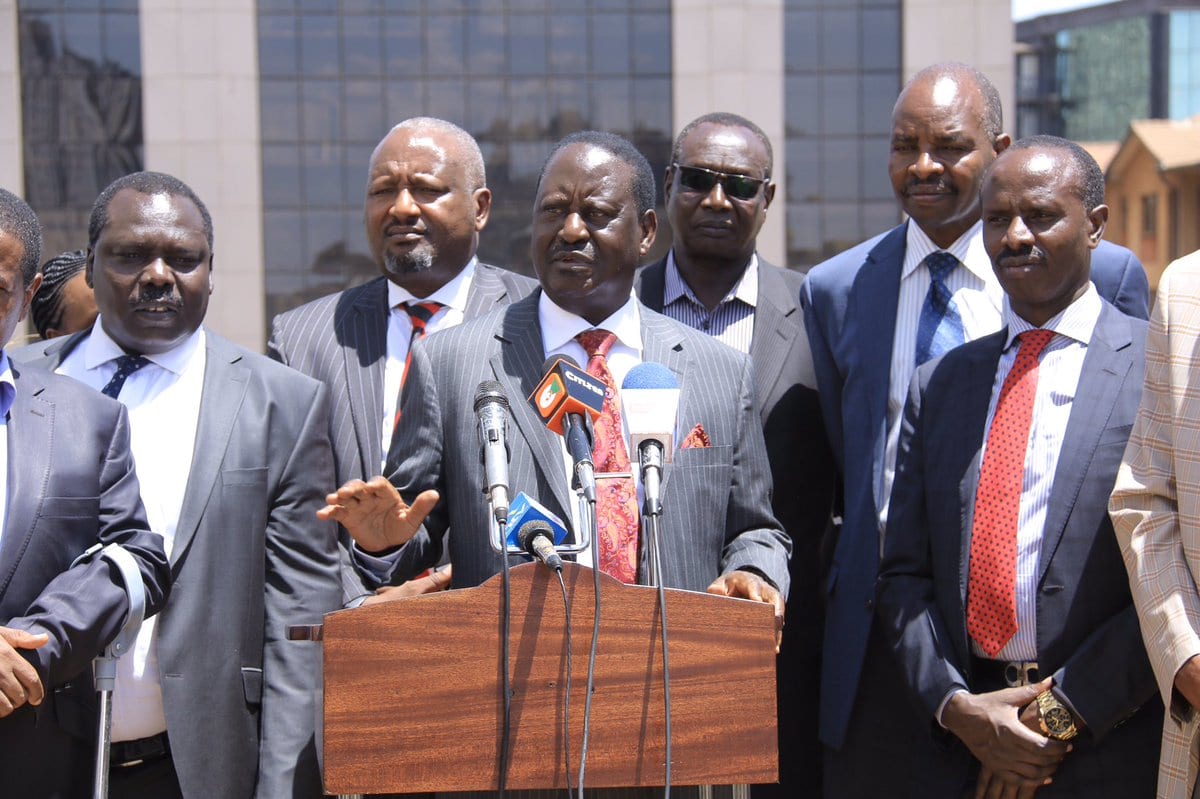 Orange Democratic Movement (ODM) leader Raila Odinga has dismissed concerns that ODM’s loss in the Ugenya and Embakasi South parliamentary by-elections is a sign that the party has lost ground.

Speaking at a press briefing in Nairobi, Mr. Odinga said the defeat in the two mini polls held last Friday is not a big deal.

“Elections are won or lost… So the fact that someone has lost an election it’s not a big deal. Its not a big issue,” said Odinga.

Also in Ugenya, ODM suffered a rather humiliating defeat after its candidate Christopher Karan was trounced by David Ochieng of Movement for Democracy and Growth party.

The ODM party had mounted formidable campaigns for their candidates ahead of the two by-elections only to be beaten at the ballot.

Meanwhile, Mr. Odinga has also down played concerns of any bitter blood between ODM and its NASA-affiliate party — Wiper Democratic Movement — which won the Embakasi South by-election.

“In Embakasi South it was NASA versus NASA and Sumra congratulated Mawathe. Even us in ODM congratulated him (Mawathe)… So why is the media making a big issue about it. People will make comments here and there,” said Odinga.

At the same time, Odinga dismissed claims of weaknesses and divisions in the party saying: “There are no issues at all in ODM or any differences. ODM remains a very strong and united party.”

The ODM party leader was addressing the media after a meeting with a section of leaders from the Kalenjin community.