Raila tells supporters to ‘stay at home’ on election day 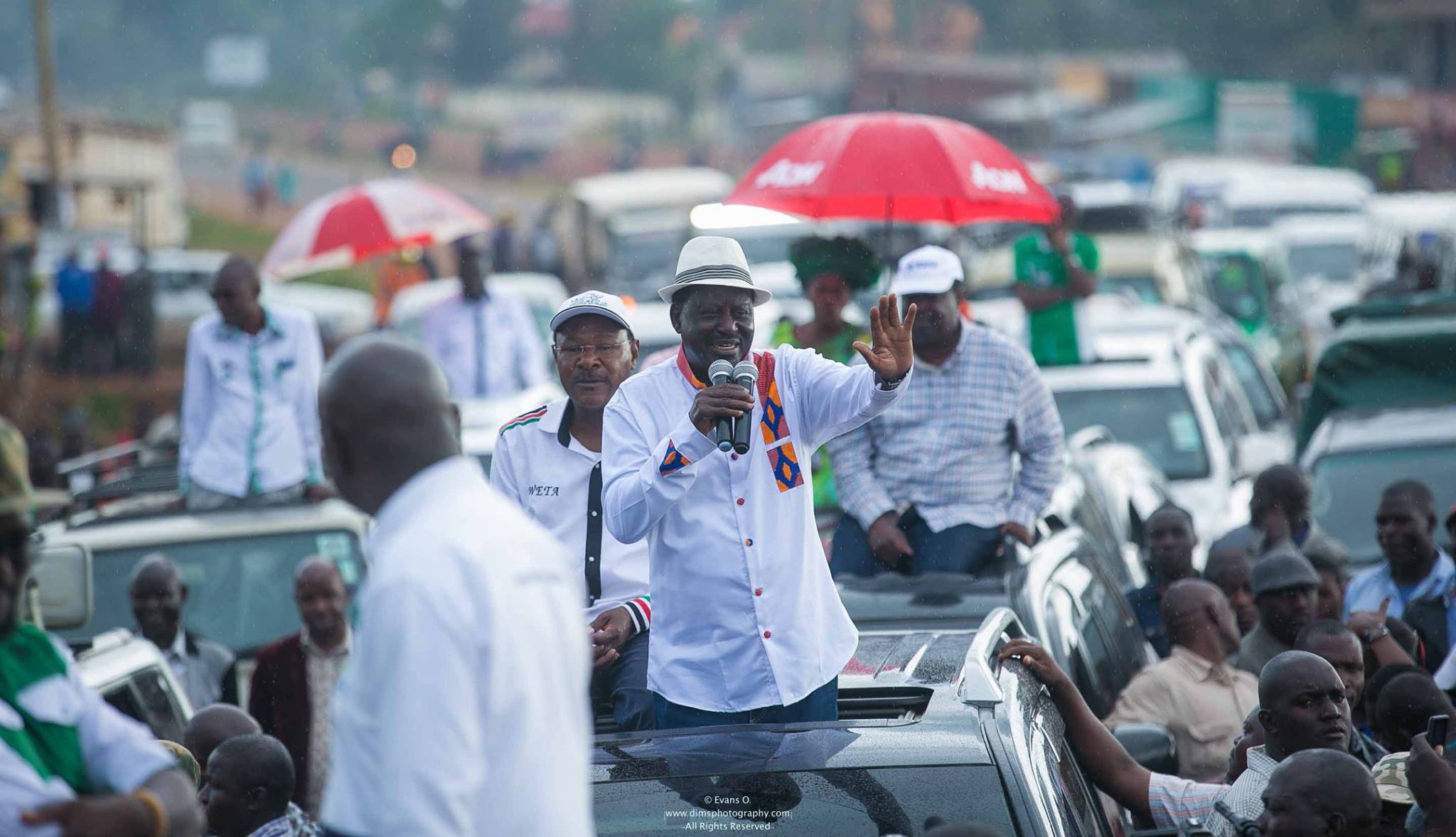 Opposition leader Raila Odinga has instructed his supporters to stay at home and not take to the streets on election day, Thursday October 26 to protest against the repeat presidential election.

Speaking to the BBC on Tuesday, Mr Odinga denied that he had asked National Super Alliance (NASA) supporters to demonstrate on the election day.

He maintained that unlike the Jubilee Party, NASA had resolved not to take part in a ‘sham’ election.

“There are two forces here: Those who want to go on with the sham election, irrespective of the consequences, and those who say no, it is not right to do it,” said Mr Odinga.

Addressing a campaign rally at the historic Kamukunji grounds in Shauri Moyo, Nairobi, on Wednesday, October 18, Odinga called for demonstrations on October 26 saying the opposition’s “No reforms, No election” campaign would henceforth change to “No election on October 26.”

Meanwhile, on Sunday, the opposition chief urged his supporters to resume demonstrations on Tuesday and Wednesday, this week, in a bid to block the repeat presidential election slated for Thursday, October 26.

He is also expected to issue a major announcement tomorrow, a day to the election.

In the meantime, the government maintains that any activity meant to disrupt Thursday’s election will not be tolerated.

In an exclusive interview with Citizen TV last Sunday, President Kenyatta assured that security agencies have been well deployed to ensure that those who intend to vote, do so without being attacked or their lives being endangered.

He said the opposition supporters have the freedom to boycott the polls, but should not infringe on the rights of those willing to participate in the election