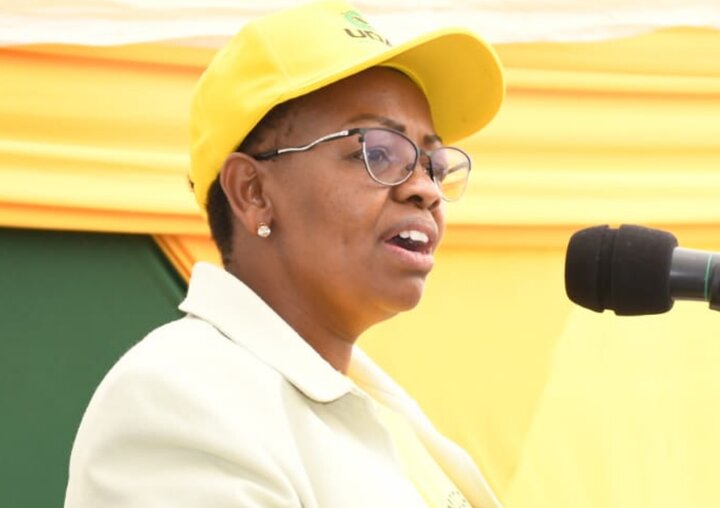 The United Democratic Alliance (UDA) party has come out to speak about the predicaments facing its Nairobi gubernatorial candidate, Johnson Sakaja, over his academic qualifications.

Sakaja who is the incumbent Nairobi senator has been under public scrutiny after a complaint was filed against him at the Independent Electoral and Boundaries Commission (IEBC) tribunal for allegedly not having the required education qualifications.

He maintains that he has a Bachelor of Science in Management degree from Team University in Uganda, dismissing the claims as propaganda.

The Deputy President William Ruto-led UDA now says that the spotlight of politician’s academic papers should be cast on every aspirant and not just Sakaja.

“Questions have also been asked about the credibility of presidential candidates’ qualifications. You have seen a lot of headlines questioning the university that our biggest opponent, Hon. Raila Amolo Odinga, qualified from,” Ms. Maina told the host Sam Gituku.

“It is a very big question which needs to be looked at, not through the lens of just one candidate, but a wider public question,” she added.

Ms. Maina is of the view that Roots Party Presidential aspirant George Wajackoya’s purported 17 degrees should also be double-checked to verify if they are legitimate.

“I don’t know (if they are real). The institutions that trained him whether he actually has 14 degrees or 7, and how many are recognized or not,” she said.

Added the Sec Gen: “It is a bigger question of what qualifications should a politician have before they assume a public office, and it has been a subject of litigation. We have seen the court speaking into this issue.”

On Monday, Sakaja asked the IEBC Dispute Resolution Committee to dismiss the complaint filed against him, saying Team University is duly recognized in Uganda.

“My qualifications and academic credentials are not in doubt having been affirmed through a lawful process,” he said in papers seen by Citizen Digital.

“The complaints herein are legally incompetent, fatally defective having been lodged outside the prescribed statutory timeliness,” he says.

Sakaja further argued ​​that there are other pages of the graduation list that were omitted and that bears his graduation credentials.

IEBC is set to hear all four complaints raised against the gubernatorial hopeful on Wednesday next week.