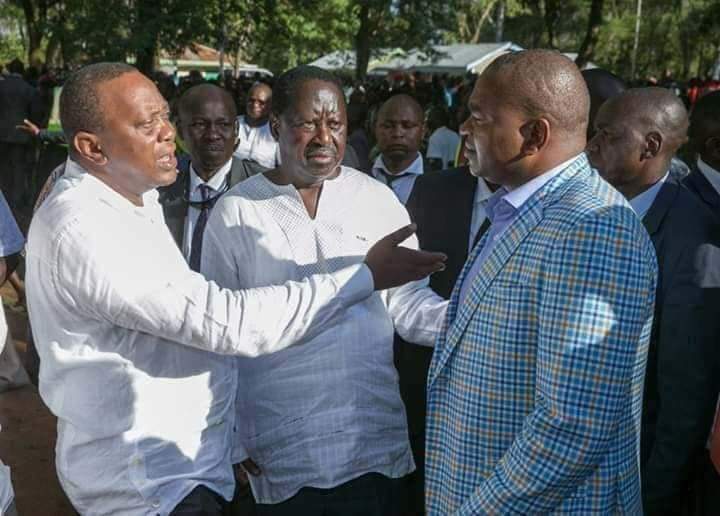 Before January 26, 2018, only a select few of people knew who Rashid Echesa Mohammed was but that changed that Friday afternoon after President Uhuru Kenyatta picked him as his new Cabinet Secretary for Sports.

Even media houses had trouble getting his name right. Majority called him ‘Achesa’ and almost every story contained the “Uhuru picks little known Achesa” line.

When he was nominated to the Cabinet, questions over his qualification arose as he has no formal education beyond primary school.

But one year and one month down the line, Echesa has since moved from “little known” to “controversial” and his firing was, in many quarters, expected.

Before we get to some of his most controversial events, a few facts about this man Echesa.

Involvement in trafficking of 8 Pakistani girls

In January, eight Pakistani women who were flown into the country through the assistance of Sports Cabinet Secretary Rashid Echesa were deported.

The eight belly dancers, alongside one Indian dancer, suspected to have been victims of human trafficking, were deported on January 4, for violating terms of their temporary passes that allowed them into Kenya, allegedly to promote transnational culture.

In his defence, Echesa termed the allegations as “offensive and potentially defamatory.”

“The only role played by the Ministry of Sports and Heritage was to support the Pakistani Nationals application for special passes to participate in an Indian cultural festival via issuance of a ‘Letter of No Objection’ to the Director of Immigration Services as part of the Ministry’s mandate in promoting cultural integration,” read the statement issued by Director of Administration at the Sports, Culture and Heritage ministry, Charles Wambia.

He picked a fight with former Prime Minister Raila Odinga swearing to never call him “Baba” and even daring the political titan to sack him. “I want to dare you Tinga wherever you are, come and sack me, kuja unifute. Kama ni wewe appointing authority Kenya hii, come and sack me please. I have a very young family to look after…” he said in a public rally.

“Now Raila Odinga is going round holding meetings with Western leaders, telling them that President Kenyatta wants Rashid Echesa out of Cabinet because he supports Ruto. Please Raila give me a break. I am not your equal,” a tough-talking Echesa said.

“Raila Odinga stop mentioning my name. I am not your equal. The president was not stupid to appoint me in the Cabinet. He would have picked a professor but he settled on me, the son of a poor man.”

After his spat with Raila, he moved on to his NASA co-principal Moses Wetangula whom he accused of having sold land belonging to Mumias farmers in Busia.

Echesa’s comments about Raila angered many and this came to the fore escalated on August 6, 2018 after Alego Usonga MP Samuel Atandi brawled with the CS at Kisumu International Airport.

MP Atandi is said to have started the argument with Mr Echesa over the CS’s comments linking Mr Odinga to an alleged plot to kick him out of the Cabinet.

Sources at the airport revealed to the Nation that the two engaged in a near-fist fight after Mr Atandi told the CS to “go to school.”