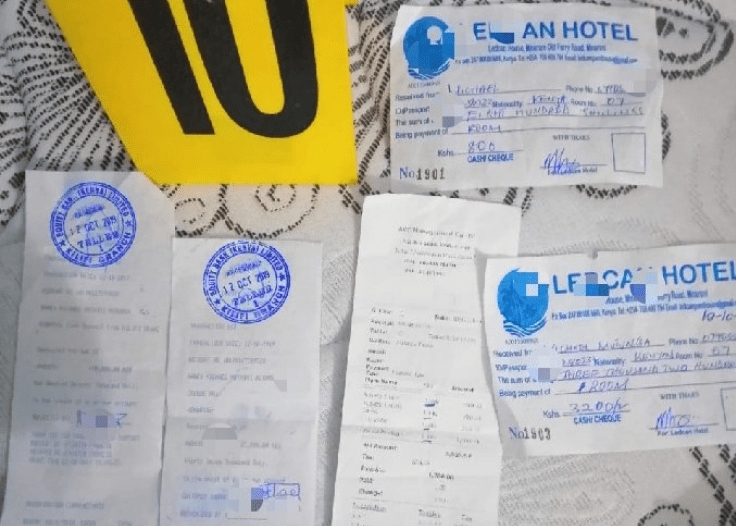 The receipts were discovered in a house said to have been rented by Michael Mutunga, the main suspect in the murder, two days after the priest was killed.

Also found were newly purchased household items totaling Ksh.60, 000, supermarket receipts as well as blood-stained clothes which have since been taken to the government chemist for forensic analysis.

The garage where the deceased’s vehicle color was changed from black to white on October 12, 2019, was also identified.

The body of the Catholic priest from Machakos who was killed and his body buried in a shallow grave was exhumed on October 16, 2019.

The man of the cloth was reportedly waylaid on October 8 while traveling from Tala to his Thatha parish in Masinga.

He had been on leave and had gone home –Tala Kangundo– to look after his parents.

Witnesses said on the fateful day, the priest had been in the company of a worker who had been fencing his compound in Tala.

He reportedly dropped off the worker at Kaewa market and then headed towards Masinga resort at around 9pm.

Reports indicate that he was kidnapped on the way there by the killers who apparently strangled him to death then buried the body near a seasonal river in Embu.

Another suspect, 44-year-old Solomon Mutava, was on Friday arrested in connection with the gruesome murder after he was allegedly found in possession of the priest’s car which he drove from Embu to Kilifi.