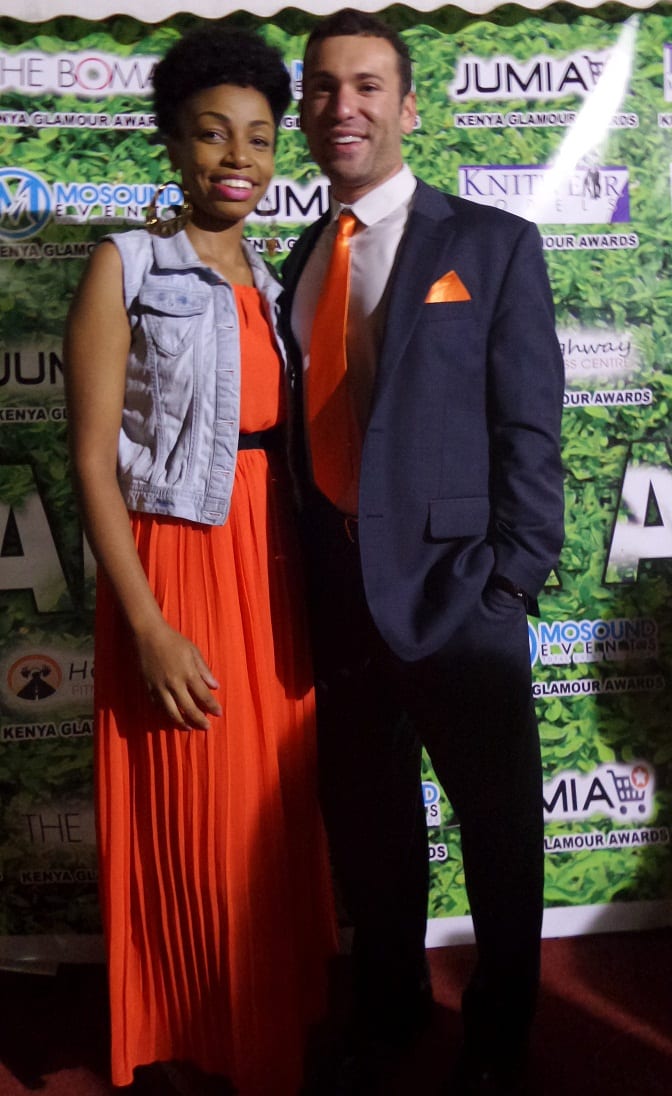 On Saturday 8th August, Kenya’s Fashion elites were gathered at The Boma Hotel Nairobi for the Jumia Glamour Awards.

I was on the red carpet talking to each attendee as they arrived, and although the weather was not the most favorable that night, everyone looked amazing and the red carpet was bursting with great energy all through the night.

From all the people I got to talk to, it was clear that the Jumia Glamour Awards consisted of two kinds of people, those who complied with the dress code and those who wore Kenyan Designs.

The dress code for this event was “A Touch of Orange” and while most people who attended the event did not adhere to the dress code, there are those who dressed to impress.

In my opinion, the men took the crown in terms of sticking to the dress code as they gave us some of the best red carpet looks for the night.

These are some of the best “Touch of Orange” looks we saw on the red carpet:

GBS’s Brian Ogana brought some African class on the red carpet by pairing a white kaftan top with orange embroidery at the front with matching white pants and brown oxford shoes that I could not get over. 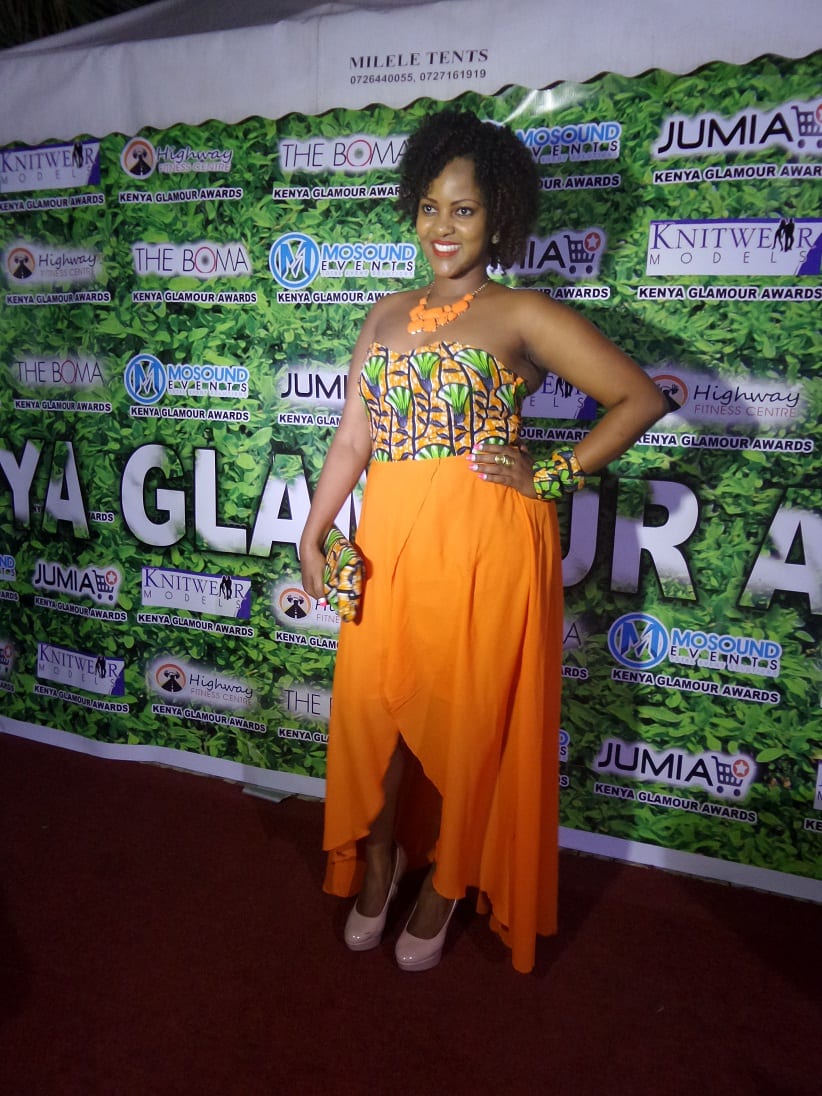 This model went full force with the dress code by rocking an orange high-low bustier dress that incorporated some African prints on the top half of her dress.

Her accessories also complimented the look as she integrated some of that African print on the accessories.

Matt looked sharp in his navy blue suit and a crisp white shirt paired with black dress shoes that matched the feel of the event.

He played around with the dress code by completing his look with an orange tie and a matching silk orange pocket square.

KTN’s Jamal Gaddafi opted to pair his burgundy suit with a black T-shirt for a more casual look.

He stuck to the dress code by accessorising with an orange brooch, which contrasted the suit color and in turn added a bit of personality to his outfit. 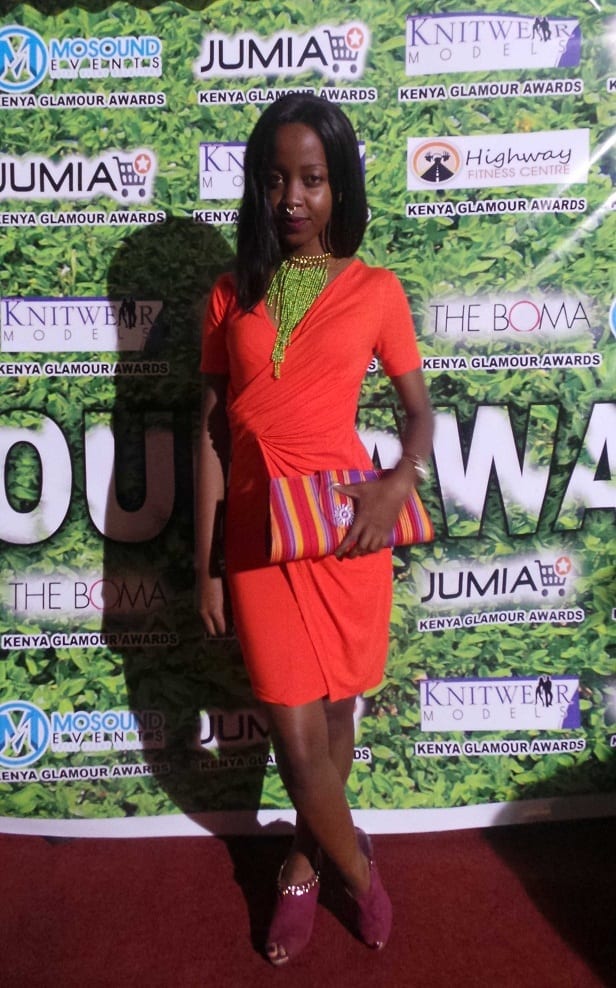 This models outfit was perfectly executed with the lady opting to accessorise her orange dress with maroon peep toe ankle boots and an afro-styled clutch bag whose colors complimented the dress and the shoes.

The luminous green statement necklace was a great touch to the outfit and the nose-ring completed the look perfectly.

Two thirds of the people I had the opportunity to interview on the red carpet were proudly rocking Kenyan designs.

I especially admired that the designers themselves, even those that were not nominated, made it a point to show off their designs in panache. Here are some of the Kenyan designs we loved:

DJ Sadic in a wine red suit that he designed

Bevern Oguk in one of his Co-Be designs

Gentleman in a piece from Shiyenze designs

Despite being the first edition of the event, the attendance at the Jumia Glamour Awards was astounding.

The event aimed at supporting Kenyan talent brought together different personalities from different industries all in one venue for a night of glitz and glam.

See You on The Next Red Carpet!