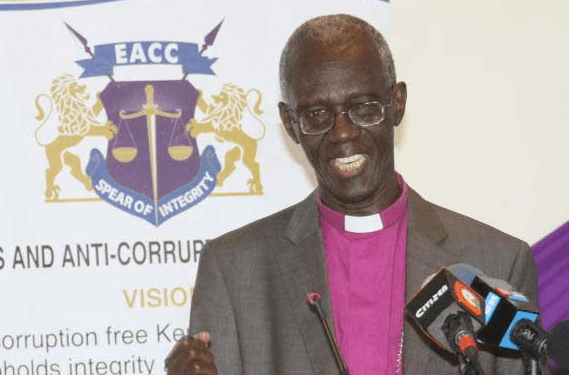 The Registrar of Persons has been listed as the most corrupt institution in Kenya.

Under the Interior Ministry, one of the core functions of the Registrar of Persons is documentation of births and deaths.

On Tuesday, the Ethics and Anti-Corruption Commission (EACC) ranked the institution at 19.9%, followed by public hospitals (19.7%) and police (17.2%).

In fourth place was the Chiefs Office (16%) and followed by the Lands Ministry at 6.3%.

According to EACC Chairperson Eliud Wabukhala, the average bribe paid however dropped from Ksh. 5,058.75 two years ago to Ksh. 3,833.14.

“This was the lowest recorded since 2012,” the report titled National Ethics and Corruption Survey 2018 revealed.

On the government agencies list, the Kenya Police Service emerged as the most corrupt at 39 percent followed by Kenya Power (12%) and the National Health Insurance Fund (NHIF) at 11%.

For ministries, Interior and Coordination of National Government was most corrupt followed by Heath, Agriculture and Lands.

Respondents who took part in the survey cited corruption as the top challenge facing Kenya at 49.4%).

Majority of respondents also said they have great confidence in the media’s commitment to fight against corruption.

On Tuesday, Dr. Wabukala called on State Officers implicated in corruption cases to step aside until the case is heard and determined.

“There also needs to be a law for managing seized assets.We need a law on unrestricted access to financial declaration Documents, wealth declaration,” he said.

“We would want to see that corruption cases have timelines, we don’t want the case to go on until all witnesses die. We are asking the lawmakers to put this into consideration,” he said.

The survey covered all the 47 counties with 5,942 household respondents and 10 key informants.

It was conducted from November 16 to December 19 last year.