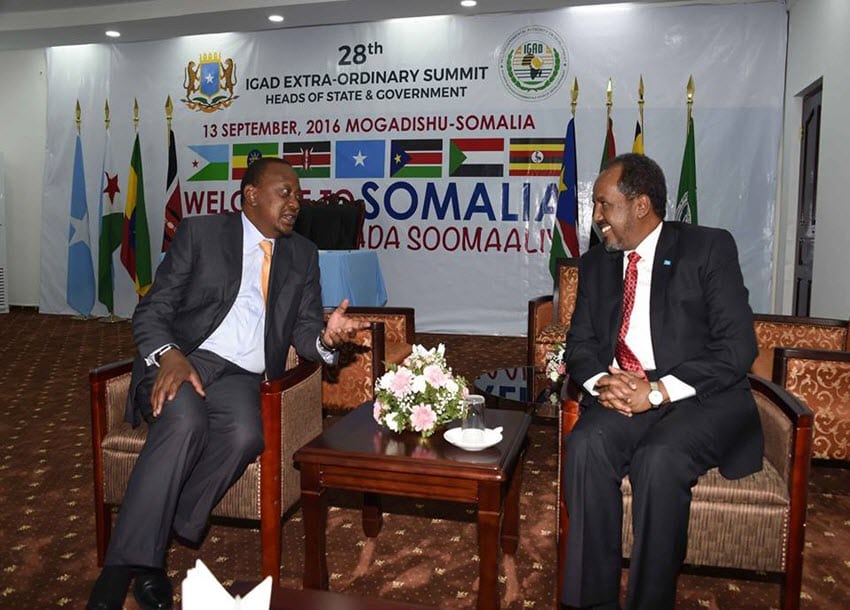 Miraa farmers from the expansive Meru region can now breathe a sigh of relief after the government of Somalia lifted a ban on flights transporting the commodity to Mogadishu.

The flights will now resume on Wednesday, September 14 after President Uhuru Kenyatta and his Somalia counterpart Hassan Sheikh Mohamoud reached a deal lifting the ban that was imposed on Thursday, September 8.

Reports indicated that the ban was placed after Meru Governor, Peter Munya, breached territorial authority and protocol by visiting Hargeisia, Somaliland without informing Mogadishu, claims Munya has since dismissed.

Munya termed the accusations as mere political propaganda, and hinted that the ban may have been as a result of terror threats targeting an IGAD Heads of State meeting that was held Tuesday, September 13 in Mogadishu.

Somaliland and Puntland are breakaway states from Somalia and have been pushing for their independence and recognition by the United Nations.

In a statement to newsrooms, President Kenyatta, who is the first Kenyan Head of State to visit Mogadishu in 30 years also secured an agreement for the Kenya Commercial Bank to open a branch in Mogadishu.

KCB will be seeking to tap the highly underserved market following the Barclays Bank PLC’s plan to exit the African market.