Relief for over 30,000 people as Gov't revokes gazettement of Chetambe Hills in Webuye 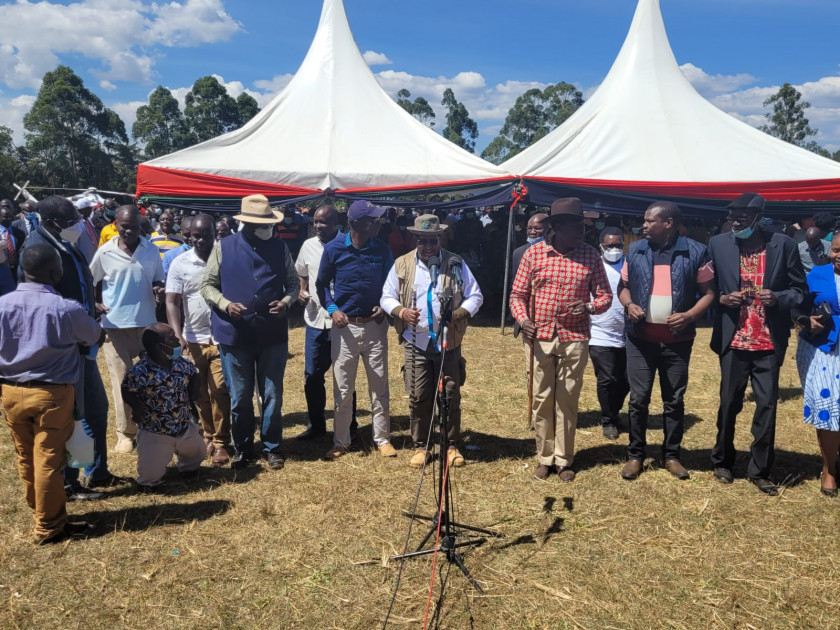 The government has revoked an intended move to eject more than 30,000 people from Chetambe Hills in Bungoma County.

Environment Cabinet Secretary Keriako Tobiko, addressing residents at an event in Sipala, Webuye East on Monday, said that the gazettement of Chetambe hills has been revoked by President Uhuru Kenyatta with immediate effect.

He said the gazette notice will be removed immediately as further consultations are done.

The CS, however, stated that an exercise to identify those who had been compensated by the state earlier but are still living in the land shall commence immediately.

"I want to ask residents living in the area not to be worried but to continue with the exercise of planting trees in the area to achieve forest cover," Tobiko said.

He further urged Bungoma County Commissioner Samuel Kimiti to kick off the exercise of identifying the families with the help of officials from the Environment ministry.

"Those whose lands were not paid should not be worried since they have genuine land title deeds," noted Tobiko.

The CS further warned local leaders against politicizing the land issue ahead of the August polls.

The move comes amid complaints by residents of the area, who are mainly the Tachoni of the Luhya sub-tribe, that the land is their ancestral home.

The residents had written a petition to CS Tobiko.

The area is occupied by more than 30,000 people and touches half of Webuye town.

"We towards the end of last year met the president whom we asked to address the issues of our factories, Mumias, Nzoia, the gold factory and the granite industry in Vihiga that he said should be addressed urgently," he said.

Other leaders present at the event include Senate Speaker Kenneth Lusaka and Bungoma Governor Wycliffe Wangamati.