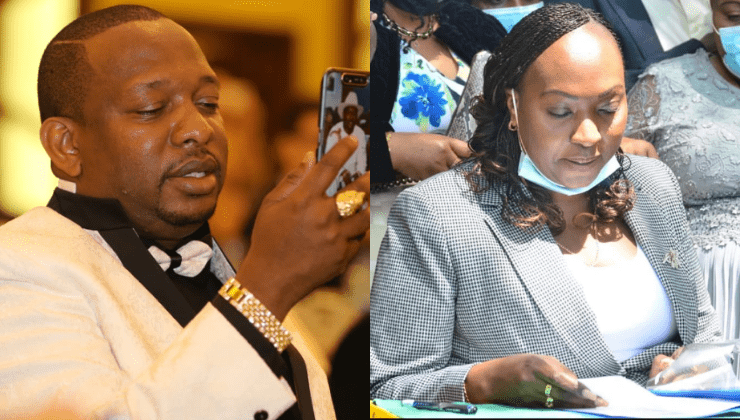 The Court of Appeal has temporarily stopped the swearing-in of Anne Kananu as the Nairobi Governor pending the hearing of a case filed by former county chief Mike Sonko.

The court on Tuesday said that it will issue its detailed ruling on October 22, 2021.

“In the interim, we grant orders of maintenance of the status quo, in order to preserve the subject matter of the application and intended appeal, pending delivery of the ruling on 22nd October 2021,” read the court ruling.

The said orders were granted by a three-judge bench composed of Justices W. Karanja, Jamilla Mohammed and Jessie Lesiit.

In the case, former Nairobi Governor Mike Sonko and Okiya Omtatah moved to the Court of Appeal challenging High Court decision that dismissed their case.

Late last month a three-judge bench ruled that the nomination, vetting and swearing in of Kananu was done in accordance with the law, adding that they could not fault the Nairobi County Assembly and the Senate for their decision to impeach Sonko.

Aggrieved with the said judgment, Sonko together with activist Okiya Omtata moved to the Court of Appeal.

Sonko cited what he believed were irregularities committed by both the Nairobi County Assembly as well as the Senate in his impeachment process.

The embattled politician claimed the Nairobi County Assembly did not meet the threshold to remove him, saying the process of voting was characterized by forgery as some members were away in Kwale.

“Fifty two members of the County Assembly of Nairobi have sworn affidavits under oath where they have stated that they never appended their signatures on any such impeachment proceedings and more specifically dated 25th November 2020,” read court papers.

Sonko further added that he was denied a chance to defend himself against the alleged grounds for his impeachment before the County Assembly as the advocate he sent in his place was denied entry.

He also accused the Senate plenary of failing to investigate the charges in the impeachment motion, stating that: “At some point in the course of the proceedings the Senator for Kakamega Cleophas Malala stated that the Senate had already decided, and no further submissions were warranted as the same were a waste of time.”

Sonko maintained that at the time of his impeachment, there was Nairobi County did not have a substantive Deputy Governor in place hence the Speaker of the County Assembly was sworn in to act as Governor and to pave way for elections as stipulated in the Constitution.

He however expressed shock that, a few days later, Anne Kananu was vetted by the County Assembly and sworn in as Deputy Governor in a span of hours, upon which the Speaker – who was then acting as Governor – resigned and handed over power to Kananu.