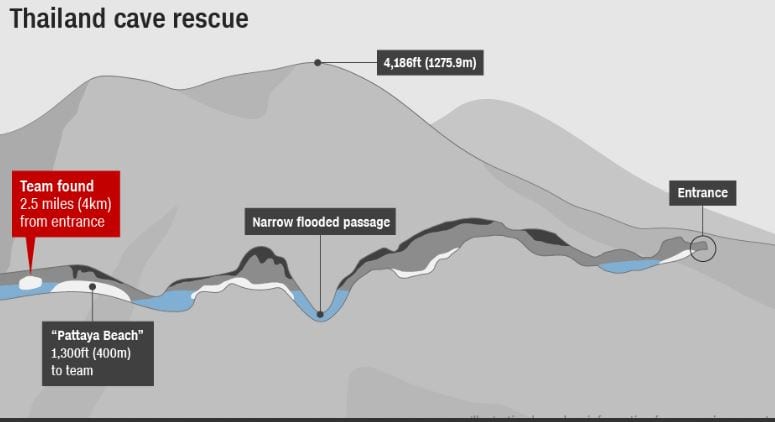 The British divers who helped rescue a Thai soccer team from a flooded cave this year have been awarded medals by Britain’s Queen Elizabeth in her 2019 New Year’s honors list.

Richard Stanton and Johnathan Volanthen, the first divers to reach the 12 boys and their coach after they became trapped in June, were awarded the George Medal, and fellow rescuers Christopher Jewell and Jason Mallinson receive Queen’s Gallantry Medals.

Both medals are civilian gallantry awards for “exceptional bravery” and for those who put themselves in danger to protect others, according to the UK Cabinet Office.

The four divers are among 1,148 people to be honored on the honors list, released at the end of each December to recognize outstanding achievement and service.

Authors Margaret Atwood and Philip Pullman, 1960s model Twiggy, actress Thandie Newton and Hollywood director Christopher Nolan are among the hundreds to be recognized on the annual honors list.

Monty Python member Michael Palin — who starred in such films as “Monty Python and the Holy Grail” and “The Life of Brian” — is receiving a knighthood, but not for his comedy work.

Palin is being recognized for his services to travel, culture and geography because of his work as a travel writer and TV presenter, Britain’s Press Association reported.

Pullman, who wrote “His Dark Materials,” is also receiving a knighthood for his services to literature.

A CBE, or Commander of the Order of the British Empire, is being awarded to Lesley Lawson, more commonly known as the model Twiggy.

She became famous in the 1960s for her short hair, mini skirts and wide-eyed look and will now have the title of dame.