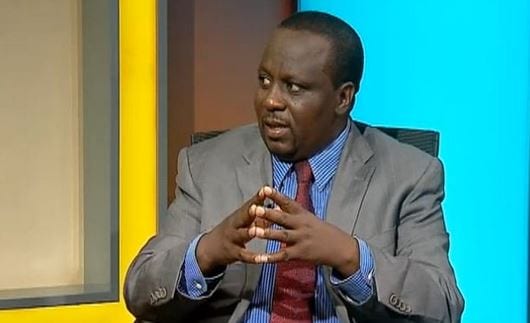 A section of Jubilee MPs have come out to defend President Uhuru Kenyatta following Mombasa Governor Hassan Ali Joho’s sharp remarks over development projects in Momabsa County, arguing that the Coalitions for Reforms and Democracy allied governor was disrespectful to the head of state.

On Thursday, Joho colorfully accused President Uhuru Kenyatta of taking credit for donor-funded development projects during the launch of a Ksh6 million footbridge in Mombasa – accusations that Gichugu MP Njogu Barua said were made in bad taste.

Ngare went on to say that leaders should steer clear of callous speech, even if they disagree with the sentiments of others.

Kilifi North MP Gideon Mung’aro urged that respect for the President should be upheld by all citizens, as his Excellency represents all parts of the nation.

Nyali MP Hezron Awiti asked the Head of State to unite the people of Kenya, and in his promising path, he vowed to take action on those who threaten others based on the political opinions.

This is not the first time that Governor Joho and President Uhuru Kenyatta have differed publicly. In January 2016, the Mombasa governor accused the Head of State of snubbing him when he toured the county to inspect the progress of development projects in the region.

Mombasa County officials were conspicuously missing at all Presidential functions, with Joho and his team claiming that they had been left in the dark.